Apple WWDC 2021 Is Online Only, Here's What To Expect And When

Major events that have traditionally been hosted in-person have mostly gone virtual in light of the pandemic, and the same is true of Apple's next Worldwide Developers Conference. Lest there was any doubt, Apple announced on Tuesday that its WWDC 2021 event will be in an all-online format, and free for all developers to attend virtually.
WWDC 2021 is scheduled to being June 7 and will run through June 11. Apple is obviously keeping the juicy details a secret for the moment, saying only that the event will offer "unique insight into the future" of its various operating systems, including iOS, iPadOS, macOS, watchOS, and tvOS.
"We love bringing our developers together each year at WWDC to learn about our latest technologies and to connect them with Apple engineers," said Susan Prescott, Apple’s vice president of Worldwide Developer Relations and Enterprise and Education Marketing. "We are working to make WWDC21 our biggest and best yet, and are excited to offer Apple developers new tools to support them as they create apps that change the way we live, work, and play."
Last year's WWDC event was virtual as well, with record-breaking participation, according to Apple. As for this year's WWDC festivities, there will be announcements during the keynote and State of the Union stages, online sessions for developers, and 1:1 labs offering technical guidance.
Apple is also promising new ways for developers to interact with Apple engineers and designers to learn about the newest frameworks and technologies, but did not go into specifics.

What To Expect At Apple's WWDC 2021 Online-Only Event 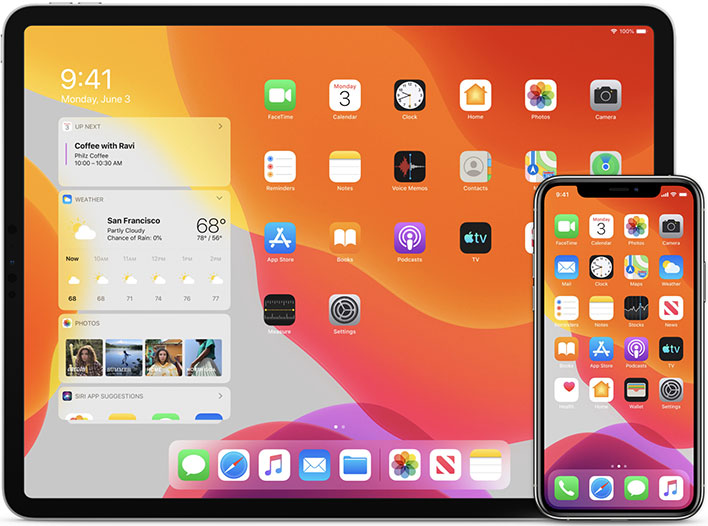 While Apple is keeping its announcements close to the vest. it's probably a safe to assume it will introduce or unveil iOS 15, iPadOS 15, watchOS 8, macOS 12, and tvOS 15. Beyond upcoming software refreshes, however, it is also entirely possible that Apple will make some hardware announcements.
Apple is rumored to be readying a new iPad, which could get introduced during the event. Beyond that, an interesting wrinkle, if you will, is the transition away from Intel processors to Apple Silicon based on Arm. So far that decision has yielded the M1 processor as part of certain MacBooks and the mac Mini.
On a side note, Apple recently put a bullet in its iMac Pro line, so it will be interesting to see if there is anything to take its place. Regardless of what's on tap, be sure to check back with us here at HotHardware, as we will be covering the announcements.