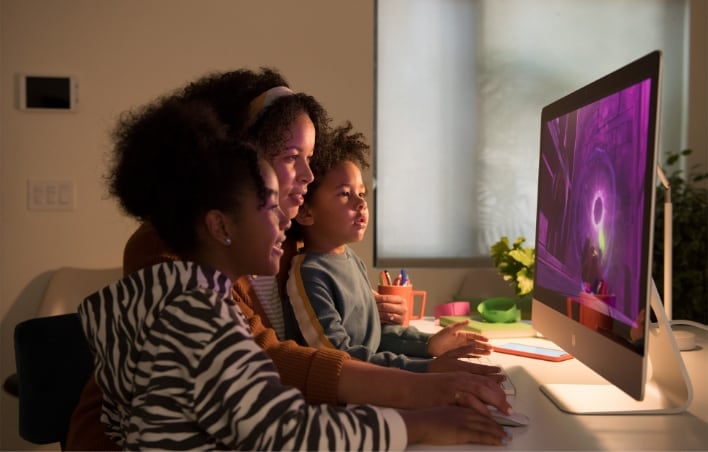 We know that Apple Silicon is on the way, and a new report today is giving us some additional insight into what Apple has in store for its first PC-centric SoC. Apple for the past decade and a half has relied on Intel to power to its laptops and desktops, but Apple Silicon is [hopefully] ushering in a new wave of performance and efficiency for Macs.

According to China Times, the first custom, desktop-centric Apple Silicon chip will be the A14T. It's based on TSMC's 5nm process -- like the A14 found in the iPhone 12/iPhone 12 Pro and iPad Air -- and is reportedly being developed under the codename Mt. Jade. According to the report, this A14T-powered iMac will debut in the first half of 2021 with an all-new design.

The A14T will be paired up with a custom-designed Lifuka discrete GPU. If you recall, Apple relies either on Intel's integrated graphics nestled within Core processors or AMD's Radeon Pro discrete GPUs for its MacBook Pros and Mac desktops. So, it looks as though in one fell swoop, Apple could begin inching away from both Intel and AMD as it brings more chip development in-house.

Moving along, we already know that Apple's first Apple Silicon-powered Mac will launch before the end of the year. According to Mark Gurman and Jon Prosser, it will be unveiled at an event in mid-November (possibly November 17th). It's rumored that the Apple will resurrect the entry-level MacBook during this event, which would be powered by an A14X SoC developed under the codename Tonga. It's also rumored that the A14X will find its way into the next-generation iPad Pro. Previous reports have suggested that at least some versions of the A14 will have up to 12 cores (4 performance cores, 8 efficiency cores).

It's also alleged that Apple is well along in development of its next-generation A15 SoC, which should find its way -- in various forms -- in the next wave of iPhones, iPads, and Macs in late 2021. The A15 family of SoCs will allegedly go into production during the third quarter of 2021 using TSMC's enhanced 5nm process node (N5P).

If all goes according to plan, we should see the A15 wind up in the iPhone 13/iPhone 12 Pro, while the A15X and A15T would be destined for more power-hungry applications.