Apple Patent: Display-Embedded Face ID, Touch ID Could Come To iPhone 14 And Beyond

Apple first brought biometric authentication to its smartphone family with the iPhone 5s in 2013, courtesy of Touch ID. Over the next several years, Apple would refine Touch ID to make it faster and more secure until it launched its successor, Face ID, with the iPhone X in 2017. Today, Apple tablets and smartphones either use Face ID or Touch ID, but not both.

However, a new patent shows how Apple could incorporate both biometric authentication technologies into future iPhones, perhaps as early as the iPhone 14 in 2022. Touch ID in the display is probably the least surprising development for the iPhone, as Android phones have long included the ability to scan your fingerprint using this method. The most recent evolution of Touch ID embedded the sensor within the power button (4th gen iPad Air), so moving it over to the display shouldn't be too much of a hindrance for Apple.

"For simplicity of description, many embodiments that follow reference a construction in which an electronic device implements through-display imaging to capture one or more images of a fingerprint of a user touching a specified region (an "imaging region," above an imaging aperture) of the display of the electronic device," writes Apple in the patent (courtesy of Patently Apple). 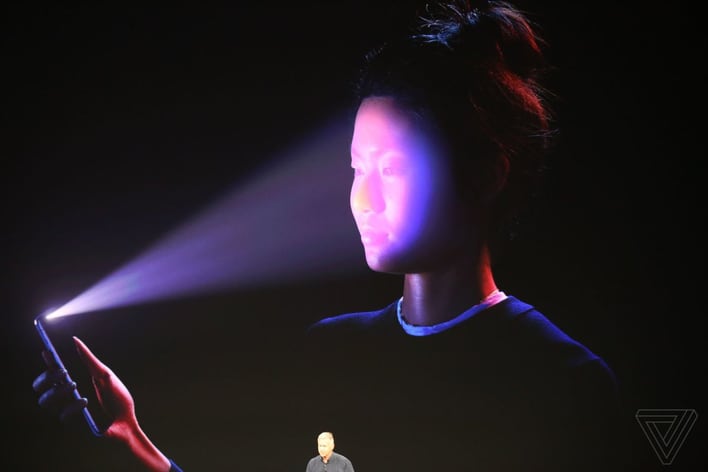 However, where things get interesting is with Face ID. Face ID currently requires additional imaging sensors housed within a notch cut into the display. It's a rather unsightly "feature" that has been with use since the iPhone X launched. While Android manufacturers quickly copied the notch, they just as promptly shifted to hole punch cutouts for their selfie cameras to preserve display real estate.

The next evolution of Face ID will embed the imaging sensors within the display. "As noted above, an electronic device can implement through-display imaging for any suitable imaging, sensing, data aggregation, or light capture purpose including, but not limited to face recognition," Apple adds. This development could rid iPhones of nasty notches forever, which would be OK with us.

It seems as though the in-display Touch ID is likely farther along in development than Face ID, but we could eventually see both in a single device. Thus, it could provide the best of both worlds, allowing customers to choose whichever biometric authentication method they prefer or potentially use both at the same time for added security.

The iPhone 13 family is expected to be just a slight refresh of last year's iPhone 12, so we could see the first fruits of these labors with the iPhone 14 (mostly like with in-display Touch ID). An in-display replacement for Face ID would likely come later, perhaps with the iPhone 15 family.