Apple released iOS 13 back in late September alongside its new iPhone 11 and iPhone 11 Pro smartphones. Roughly a week later, the company launched iOS 13.1, which was rather unprecedented for the company, and ever since it has been on what seems like a weekly schedule with new updates to fix bugs and various aliments for the operating system (there have been 8 patches within two months).

Now, according to a report from Bloomberg’s Mark Gurman, Apple is going into overhaul mode when it comes to its software development process for future iOS 13 updates and iOS 14. The move is being spearheaded by Apple's software chief, Craig "Hair Force One" Federighi, with a new system called "flags" according to the report. Flags will be used in Apple's daily iOS test builds to selectively enable or disable buggy (or incomplete) features within the operating system that could otherwise compromise overall device stability.

"Test software got so crammed with changes at different stages of development that the devices often became difficult to use," wrote Gurman. "This defeated the main goal of the testing process as Apple engineers struggled to check how the operating system was reacting to many of the new features, leading to some of iOS 13’s problems." 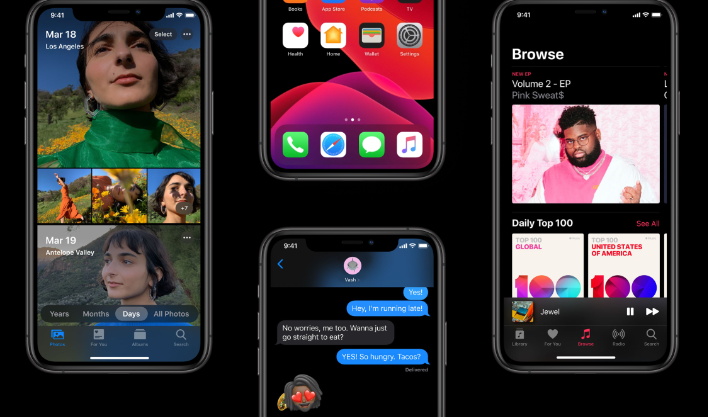 It's likely that the multitasking bug that was introduced with iOS 13.2.1 was a result of some internal testing that Apple was performing. The subsequent release, iOS 13.2.2, fixed the problem after numerous complaints flooded the internet about their workflows being interrupted by the bug. A feature like Flags would have likely saved users from having to endure that hassle in the first place.

In addition to the multitasking problems, there have been various other issues to contend with including Mail, iCloud, Messages, and search issues. There was even a widespread bug that would disable cellular connectivity unexpectedly even though a device was still showing full bars for signal strength. This confounded users, and the only remedy was to reboot the device.

According to Bloomberg, Apple currently ranks its software releases on a 1 to 100 scale for stability. "Buggy releases might get a score in the low 60s whereas more stable software would be above 80," added Gurman. "iOS 13 scored lower on that scale than the more polished iOS 12 that preceded it."

Apple will use the hardships it has endured and lessons it has learned with iOS 13 to build a more stable iOS 14, which is reportedly codenamed Azul. Some major features that were pegged for iOS 14 may be held off until iOS 15 (reportedly named Azul +1) to ensure that stability and performance goals are met in time for a Fall 2020 release. Apple will have to get iOS 14 right the first time around as all eyes will be on the company -- iOS 14 will coincide with the launch of Apple's first 5G iPhone.