Apple has refreshed its popular 13-inch MacBook Air entry-level laptop, and there's a lot to like about this new model. Apple has seemingly addressed nearly every complaint about the previous generation with some very useful upgrades.

For starters, Apple has tossed the unreliable and hated (by nearly everyone) butterfly-style keyboard mechanism in favor of the Magic Keyboard found in the 16-inch MacBook Pro (which uses a scissor-style mechanism). Not only does this result in longer key travel, but it should also make the keyboard more reliable in the long run.

Apple also upgraded the hardware inside, equipping the new 2020 MacBook Air family with 10th generation Intel Ice Lake processors. Base systems come with the Core i3-1000G1, which is a dual-core CPU with a base/turbo clocks of 1.1GHz/3.2GHz. The mid-range model includes a Core i5 quad-core CPU with base/turbo clocks of 1.1GHz/3.5GHz. Finally, BTO configurations can be had with a Core i7 (1.2GHz base/3.8GHz boost) quad-core CPU. 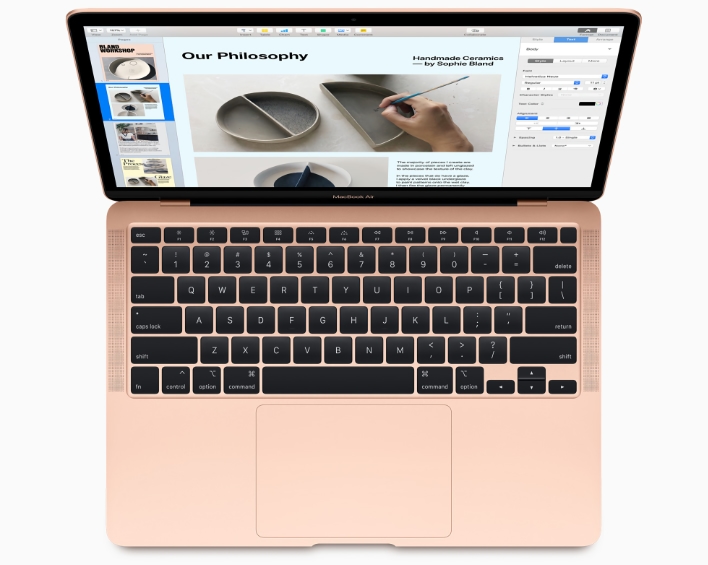 The base configuration comes with 8GB of RAM and 256GB of storage (that's double the storage of the previous generation) for $999, which is a $100 discount. The upgraded model with the Core i5 processor doubles storage to 512GB and costs $1,299.

The new 2020 MacBook Air is available to order now and will ship in early April.