Apple's M1 Ultra processor, created by mating a pair of M1 Max chips on a single package to create a 20-core behemoth, is undeniably an impressive technical achievement and one of the world's fastest processors. Despite sipping power comparatively, it competes with Intel and AMD's best in single-threaded performance, and sits atop the stack in multi-threaded performance with many workloads, at least, in comparison to the competition's mainstream desktop processors. 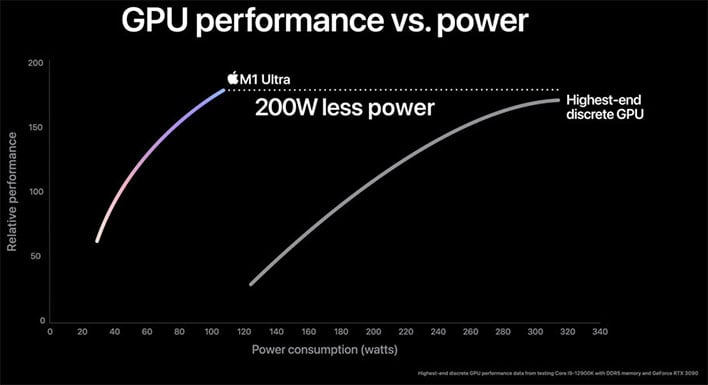 Apple also claimed that the M1 Ultra's integrated GPUs could top NVIDIA's GeForce RTX 3090, currently the most- or second-most powerful gaming graphics card in the world depending on what you're testing. That claim raised some eyebrows at the time, and as it happens, such skepticism was completely justified.

Testing the new Mac Studio, The Verge ran Geekbench 5's Compute test on the M1 and compared it directly against the Mac Studio in both Ultra and Max forms. Even using Apple's own Metal architecture, the GeForce RTX 3090 utterly demolishes Apple's chip, putting up more than double the performance despite being tested using the cross-platform OpenCL API.


Geekbench 5 supports the CUDA API as well, and since the Mac Studio got to use its own proprietary programming interface, we reckoned it's only fair to use it in our testing, as well. You don't even have to step up to the $1499 RTX 3090—our GeForce RTX 3070 Ti using CUDA scores some +50% over the Mac Studio's compute score, as you can see below. 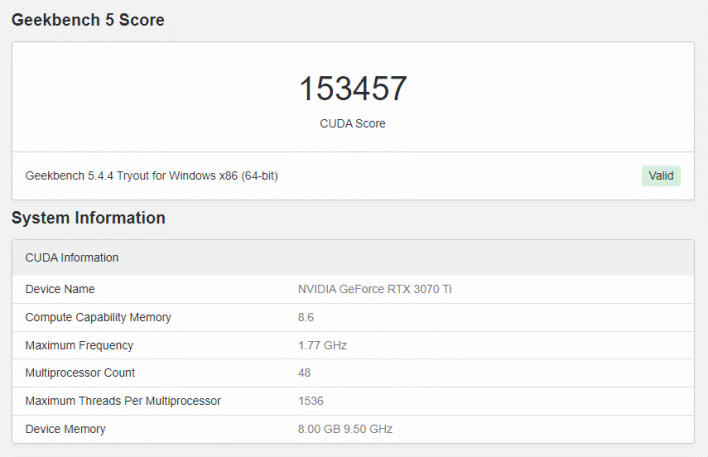 Geekbench 5 Compute checks performance across various GPU-accelerated operations, including histogram equalization, depth of field processing, face detection, particle physics simulation, and other similar operations. It is primarily a measure of the GPU's compute throughput, and doesn't measure gaming performance, video acceleration performance, or anything else.

This doesn't mean that the M1 Ultra's GPU is slow—in fact, a score of over 100,000 on this test is still quite a potent GPU, and especially so for an integrated chip drawing some 100 Watts less than its discrete competition. It just doesn't quite live up to Apple's performance claims. Of course, if anyone is surprised by that, well, we have a bridge you may be interested in...