Ever since Apple took the "courageous" step of removing the headphone jack on the iPhone 7 family of smartphones, the company has been pushing wireless earbuds on its customers. The company started off with the first-generation AirPods, and then came to market with a slightly revised second-generation offering. Apple hit critical mass with the AirPods Pro, which brought a redesigned exterior and added noise cancelation to the mix.

Today, however, Apple is delving into new territory with the AirPods Max (which were previously rumored to be called the AirPods Studio). This is the company's most premium audio device to-date, and features an over-the-ear form-factor. And like the AirPods Pro that came before it, they feature active noise cancellation to keep external environmental noise from ruining your listening experience. 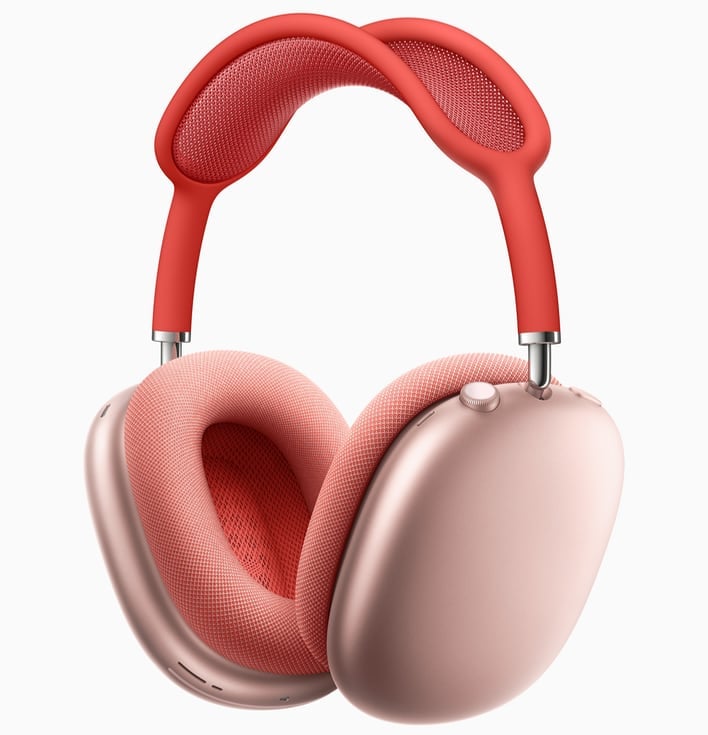 Before we get into the technical specs and features of the AirPods Max, let's first talk about the design, which is "unique" to say the least. The headphones incorporate a stainless-steel headband, and in-between the open top portion of the band is what Apple calls a "breathable knit mesh canopy" which is used to help distribute the weight of the AirPods Max on your head and relieve pressure. Apple goes on to add:

Each ear cup attaches to the headband through a revolutionary mechanism that balances and distributes ear cup pressure, and allows it to independently pivot and rotate to fit the unique contours of a user’s head.

All of these design features coupled with memory foam ear cushions are supposed to make extended use of the AirPods Max more comfortable for customers.

Apple is using a 40mm driver system which it alleges will "[provide] rich, deep bass, accurate mid-ranges, and crisp, clean high-frequency extension so every note can be heard.” We'll have to wait to see how the AirPods Max stack up to other premium-spec competitors like Bose and Sony before we take Apple's word for it. You'll also notice that Apple has included features like Transparency Mode, Spatial Audio and Adaptive EQ. If those sound familiar, it's because they were first introduced with the AirPods Pro. 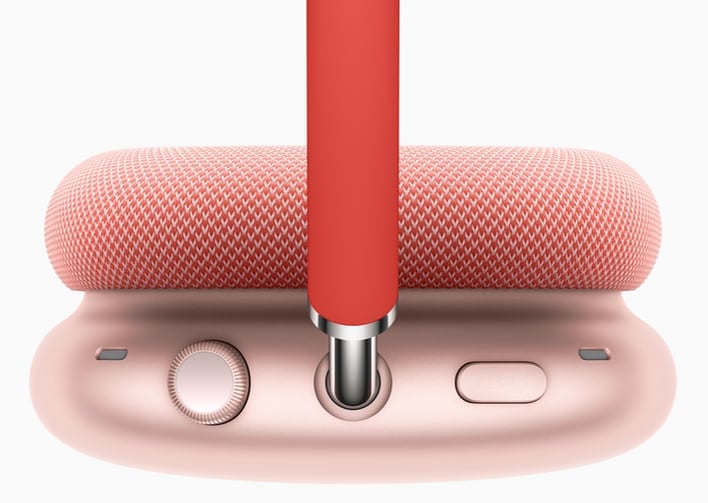 The company has even repurposed the Digital Crown, which was first installed on the Apple Watch. On the AirPods Max, the Digital Crown is used to adjust the volume, activate Siri, or skip tracks (among other functions). And for those of you that don't want to fiddle with Control Center on your iPhone or squeezing "lobes" on the AirPods Pro, the AirPods Max have a separate button for activating noise cancellation modes.

The AirPods Max have a claimed battery life of 20 hour, and are recharged using a Lightning port. Apple can't seem to "quit" Lightning, even though its Macs, iPad Pro, and iPad Air have all adopted USB-C. But we digress; Apple says that you can get 90 minutes of runtime with a 5-minute charge. 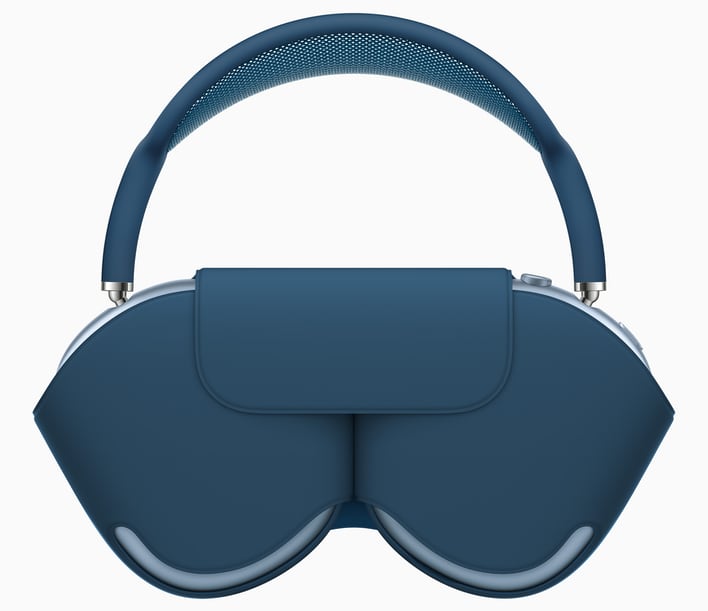 Apple's new AirPods Max don't come cheap, as they're priced at a whopping $549. That's $300 more than the AirPods Pro. At least for the $549 price, they come with a slim Smart Case that automatically puts the AirPods Max in a low-power state to preserve battery life. The AirPods Max are available in space gray, silver, sky blue, green, and pink; and they will begin shipping on December 15th.