Apple seems to be rubbing a lot of people the wrong way with its iPhone 12/iPhone 12 Pro family that was announced this afternoon. While there are kudos all around for standard 5G connectivity, the faster A14 Bionic SoC, and improved cameras, Apple also took the USB-C wall charger and EarPods out of the box. And now, Apple is sure to leave many people scratching their heads with the revelation that it is essentially placing an additional $30 fee on top of the MSRP for certain models of the iPhone 12 and iPhone 12 mini.

Apple announced that the 5.4-inch iPhone 12 mini will start at $699 in the 64GB configuration, while the 6.1-inch iPhone 12 will be priced at $799 for the same amount of storage. But if you got to Apple's website, you'll see that those prices on apply if you're purchasing either smartphone on AT&T or Verizon. If you decide to purchase an iPhone 12 mini or iPhone 12 that works on T-Mobile or Sprint, you'll pay an extra $30. To make matters worse, that extra $30 hit also is applied if you purchase the SIM-Free (Unlocked) version of either smartphone. 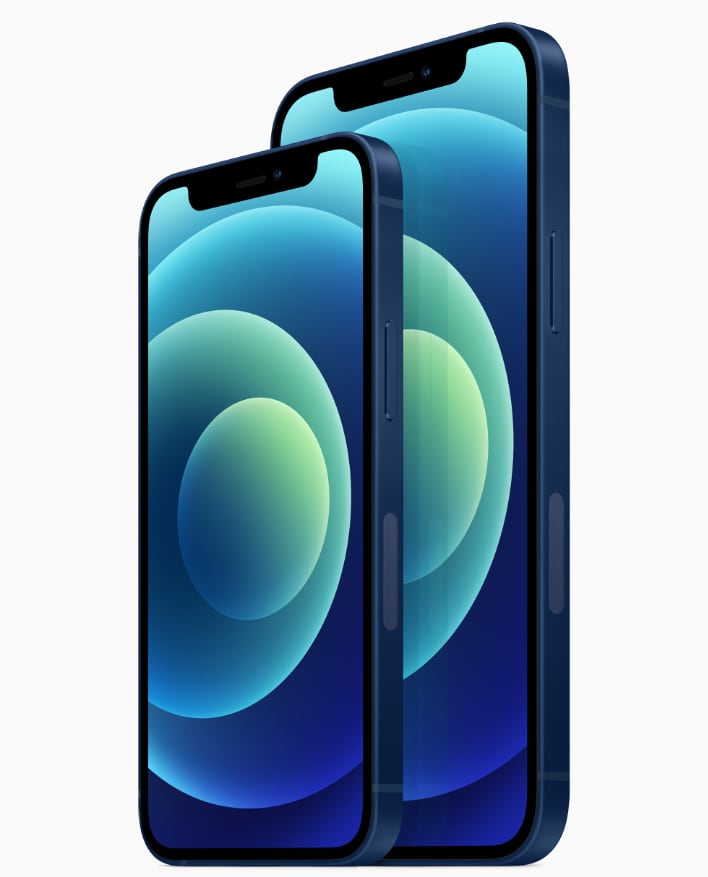 So, here's the true pricing for the iPhone 12 mini and iPhone 12 according to Apple: 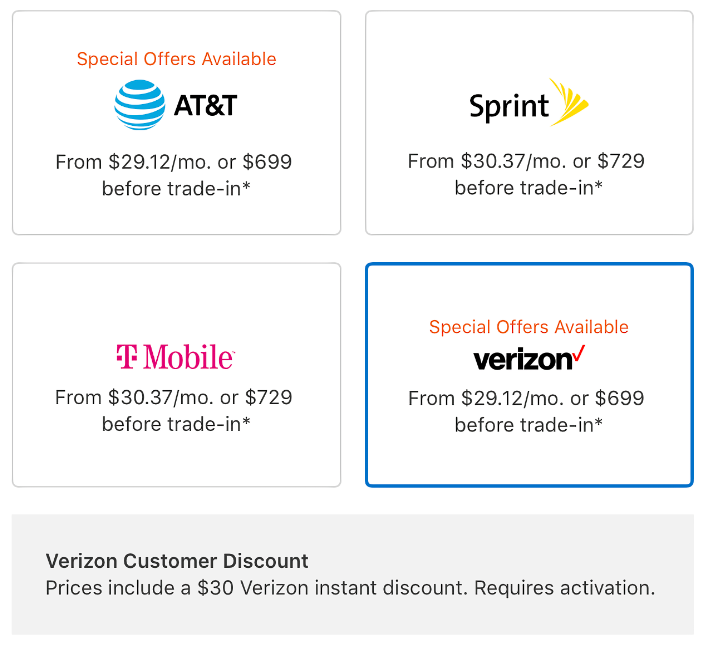 Apple says that the AT&T and Verizon smartphones include a $30 "instant discount" with activation, hence their lower prices. What's interesting, however, is that Apple made no mention of this tricky pricing strategy during its keynote, and it's being no more forthcoming on its website as to why AT&T and Verizon get special treatment, while everyone else doesn't. In fact, we can't think of any other time in recent memory that Apple has made such a puzzling move with regards to iPhone pricing. It should also be noted that the $30 fee does not apply to any of the iPhone 12 Pro or iPhone 12 Pro Max SKUs.

Preorders for the iPhone 12 open up on October 16th, with a release set for October 23rd. The iPhone 12 mini will be available for preorder on November 6th, and will ship on November 13th.

Tell us what you think about this dastardly pricing ploy in the comments section below.