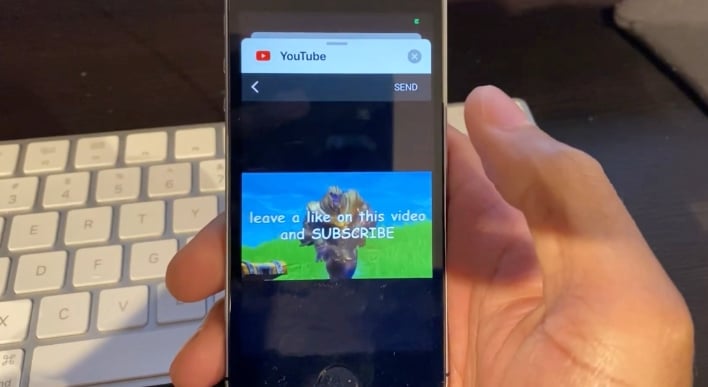 In what is a humorous turn of event, an 8-year-old has seemingly found a bug in Apple’s parental controls that allowed her to view YouTube videos despite the fact that Screen Time was enabled. Screen Time allows parents/guardians to block off access to certain apps, or all apps on an iPhone or iPad after a set amount of time has passed, or during a certain time block (i.e. between 10pm and 7am).

The bug involves using the Messages app, which for some reason is allowing unauthorized access to flow through its pearly gates. Pulling off this trick is relatively simple if you follow these steps.

And there you have it, you can play YouTube videos, even though Screen Time is enabled. We were able to confirm that this works with a first-generation iPhone SE and a current generation iPhone 11 Pro.

The redditor who posted this discovery said that he was somewhat surprised when he found his 8-year-old sister browsing YouTube videos, and said that she had been doing so for the past few weeks. She was using an iPhone 6 running iOS 12.4.6, and the redditor confirmed the results using an iPhone X running iOS 13.4.1. Both the iPhone SE and the iPhone 11 Pro that we are using have iOS 13.4.1 installed (the most current public version).

We have the feeling that this would be a rather easy fix for Apple, and thankfully, it’s not security-related like some other bugs we’ve talked about recently.