What You Need to Know about the Fishing Tourney

CJ’s Fishing Tourney occurs once every three months in both the northern and southern hemispheres on January 11, April 11, July 11, and October 10. The event is only available between 9am and 6pm local time, and players will know that the event is ready to go because the music on the island will be slightly different than usual.

Players will first need to make sure that they have rods and bait in their inventory. They will then need to find CJ, an otter with a cooler, on their island’s plaza. CJ will ask if the player would like to join the tourney, after which they can enter multiple times. The first entry will be free, but additional entries will cost 500 bells each.

Players will then need to go to the closest body of water and catch as many fish as possible within three minutes. The first three fish are worth one point each. The player will be awarded two bonus points if they manage to catch any more fish. 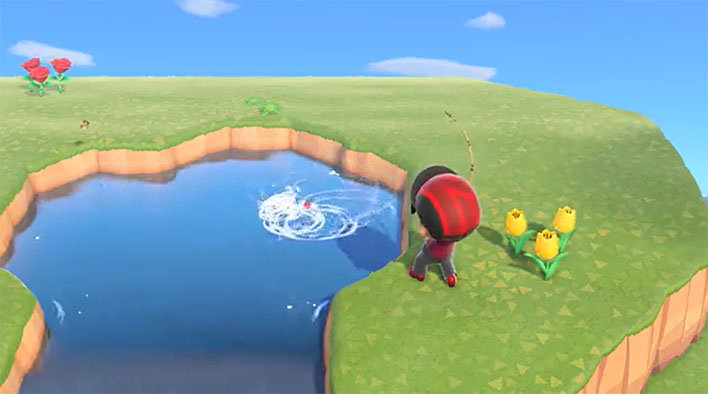 Tips and Trick for Catching Fish

First and foremost, CJ will store the fish that the player catches in their cooler. The player therefore does not need to worry about keeping fish in their inventory and can instead focus on carrying rods and bait. Players at the end of the round can then choose to sell the fish to CJ for 1.5 times the usual price or take the fish out of the cooler and save them for something else.

Second, players will want to keep a shovel on hand to dig up Manila Clams. Manila Clams can be used to make bait. Fishing bait helps make a fish shadow appear anywhere you desire.

Last but not least, be aware that the Bunny Day event may interfere with the tourney. Water Eggs must be fished out of bodies of water and will appear in the same shape as the fish shadow. Players may find themselves catching a few more eggs than anticipated. Thankfully most players seem to have still been able to catch plenty of fish for the Fishing Tourney. You can check out our Animal Crossing: New Horizons Bunny Day event guide here.