Everyone loves Animal Crossing's Isabelle. From her time as administrative assistant to the mayor (that's you!) in New Leaf on the 3DS, to the Resident Services coordinator in Animal Crossing: New Horizons on the Nintendo Switch, she's become a fan favorite with a devoted following. Maybe that's why she's arguably the best fighter in Super Smash Bros Ultimate and the best driver in Mario Kart 8, too. Now, it appears she's the star of an adorable trailer for a hypothetical fan-made TV series in the vein of Rilakkuma and Kaoru.


The trailer takes place at New Horizons Town Hall, and to follows her morning routine. We don't want to give anything else away, so that way the video isn't spoiled. Animal Crossing characters seem to translate well as plush toy designs like the one in the video, though, and the stop-motion style of animation seen here is beyond incredible. Director Gabriel Salas writes in the description of the trailer: "After playing New Horizons for a few days, I wondered how merging both universes would look like & thought it’d be fun to expand on Isabelle’s character a bit. This is what I imagine a TV show or short film would look like in this style." While this was a labor of love, it's no doubt an excellent piece in the portfolio for the graphic artist, too.

Rilakkuma and Kaoru is a similarly-styled animated series, a Netflix exclusive, follows the story of Kaoru, an office worker, and the laziest roommate ever: a stuffed toy bear named Rilakkuma. The series is made by Dwarf Studio, and was recently extended for a second season. The Animal Crossing trailer pays homage to that series, and spawned from having a lot of free time due to the COVID-19 pandemic and resulting stay-at-home requirements. Salas, a freelance 3D modeling artist from Chile, worked with other professional artists who suddenly found free time due to other projects being postponed. A full list is in the YouTube video's description. 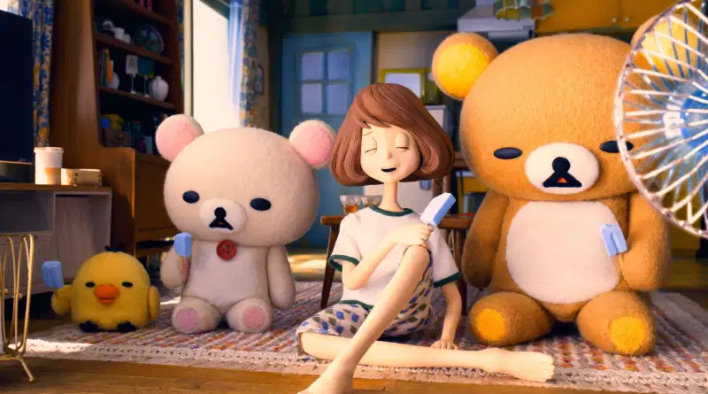 Rilakkuma and Kaoru on Netflix

While we loved this Isabelle trailer, it seems unlikely that a full series could really happen. On top of the incredible labor-intensive undertaking such a series would require, Nintendo has not been kind to fan projects in the past. Who could forget Pokemon Uranium or Another Metroid 2 Remake and Nintendo's swift action to kill those labors of love? The company also has not taken kindly to ports of Super Mario 64 and constantly works against ROM websites, too. While the idea of an Animal Crossing series like this is fun to think about, it would require Nintendo's blessing or involvement to happen.