Users of Gmail on Android devices may have noticed that there is an issue that prevents some from being able to empty their trash. The same flaw prevents some users from being able to empty their spam bin as well. Not all Android devices are impacted by the issue, but those who are have no "Empty trash now" or "Empty spam now" options on their devices. However, there is a workaround for those who are having this issue.

The first workaround isn't ideal as it involves the user giving up on deleting spam or emptying their trash bin on the Android app and heading to the web app to perform the deeds. The other workaround for the issue involves rolling back to an earlier version of the Gmail app. This involves sideloading Gmail 2019.12.30.289507923.release from APK Mirror. 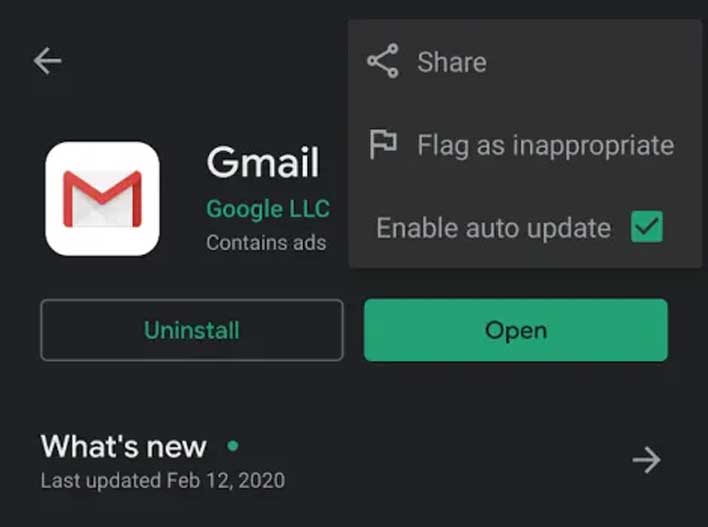 Those who decide on that option need to be sure they turn off auto-update from the Google Play Store until the issue is fixed. Turning off the updates involves finding the app in the store, tapping the three dots in the upper right corner and unchecking the auto-update option. The easiest way to get back the delete features for spam and trash will have to be repeated each time users want to perform the empty actions.

This workaround involves turning the smartphone to landscape mode and then turning it back to portrait mode. That should allow the empty option to reappear. Users can also open a spam or trash email, and the empty option should be available inside the message. There is no indication of how widespread the issue is or what devices are impacted by this issue. I can say that I personally have not seen it on a Samsung Galaxy S10.

The last time we talked about Gmail was back in December when Gmail users gained the ability to send emails as an attachment.