A new year approaches, which means a new version of Android is on the horizon. We expect to see a developer preview Android 13 “Tiramisu” sometime in 2022. In the meantime, the first major leak surrounding the upcoming Android version show what’s in store.

A source with “access to a very early Android 13 build” provided screenshots demonstrating the new features. Bear in mind these are from an unreleased early build. Since the first developer preview is likely still months off and full release to the public even further, some of these features might not make the cut.

As with most smartphone operating systems, language support is generally a system-wide configuration in Android. That appears to be changing with Tiramisu, though, as a new “App Language” option appears. 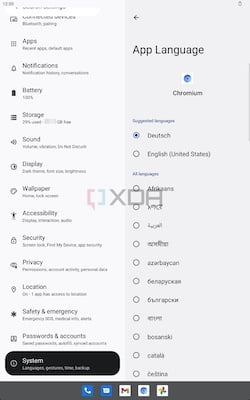 This feature allows Android users to choose the language on a per-app basis, if the app’s developers allow for it. This means panlingual users could have English, for example, as their system language and German for Chromium.

Notifications have gotten a bit out of control lately, with every app you install wanting to draw you back to itself. Newer versions have introduced Notification Importance and Notification Channels in an attempt to manage this. 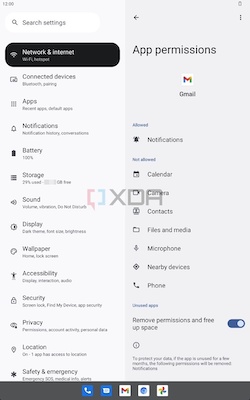 Android 13 will, it would appear, introduce runtime permissions for notifications. This would make notifications operate very similarly to iOS, requiring users to opt in. Location and Camera are already opt-in features on Android, and it looks like the same may be true for notifications in the next Android release. 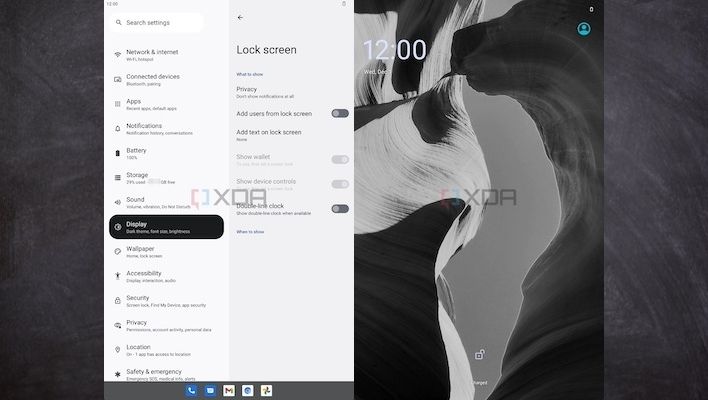 The new setting allows users to set the clock to display as just one line all the time. This feature, according to XDA Developers, may actually appear in Android 12L as well.

A big tip of the hat goes to XDA for sourcing the link and providing the screen shots of the upcoming features.