We're still months away from the [inevitable] launch of Google's Pixel 6 family of smartphones, but leaks are already starting to make their way to the internet. Late last week, Google introduced the first Android 12 Developer Preview, and code sleuths have already been poring over the operating system to see if they can find any hidden features that could be included in future Pixel devices.

Mishaal Rahman of XDA-Developers seems to have uncovered one feature that could be making a reappearance on Pixel devices along with a new one. The first is facial recognition, which was last used in the Pixel 4 and Pixel 4 XL. However, when the Pixel 5 series rolled around, Google went back to a traditional fingerprint reader mounted on the back of the device. 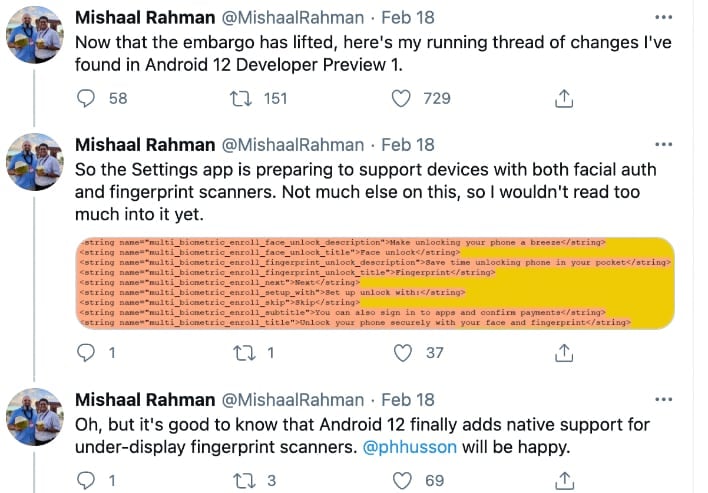 There's also a reference in code with the message: “Unlock your phone securely with your face and fingerprint” along with “Save time unlocking your phone in your pocket” which could point to an in-display fingerprint reader for the Pixel 6. Rahman goes on to say that we shouldn't read too much into these early code dumps, but it's hard not to imagine that the Pixel 6 could use one or both biometric authentication technologies.

However, Rahman does add the caveat that, "Of course, one might speculate (and it's a reasonable thing to speculate) that the only reason it's *now* making its way into AOSP is because the next Pixel will have one." Having two ways to unlock your device, sign-in to banking apps, and authorize transactions would be a definite step-up from the current Pixel 5 and Pixel 5a 5G. 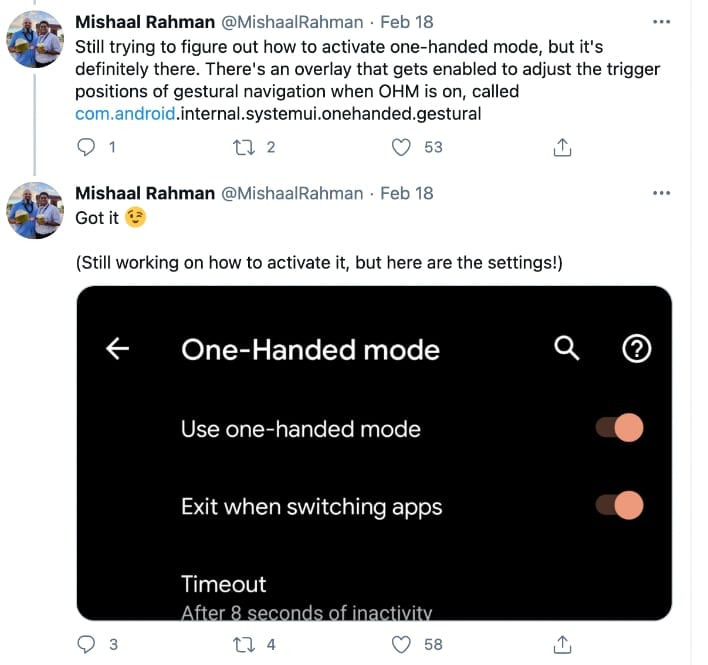 In another tweet, Rahman refers to a hidden UI included in the Android Developer Preview that makes the one-handed operation of a smartphone easier. To do this, several interface elements including progress bars, icons, sliders, etc. are moved in closer proximity to the bottom of the screen. This means that your thumb wouldn't have to stretch as far up when using devices with larger displays.

PhoneArena seems to think this could point towards the arrival of a Pixel 6 XL, but that is of course pure speculation at this point in the game. Google's current Pixel 5 tops out with a 6-inch display, so it might be nice to see Google go with a 6.7-inch or 6.8-inch class device for a Pixel 6 XL given that users seem to be clamoring for large-display devices these days.

Google's current Pixel 5 is more of a mid-range device in terms of features and performance, whereas its predecessors were clearly in the flagship realm. Perhaps the Pixel 6/Pixel 6 XL will see a return to true flagship territory for Google's first-party smartphones.