Android 11 is being released today and it is turning the feature set “up to 11.” This new Android version has a focus of three themes: people, controls, and privacy. This update is dropping for Pixel devices from the Pixel 2 onward.


As mentioned, the three themes are the most important talking points of the update. The first point, people, is all about improving conversations and discussion flow while multitasking. Notifications for conversations pop up in a dedicated space in the notifications shade. Bubbles are a new feature which allow conversation “shortcuts” to be placed on screen for easy access back to the conversation. Finally, they have consolidated keyboard suggestions, which “let[s] Autofill apps and Input Method Editors (IMEs) securely offer users context-specific entities and strings directly in an IME’s suggestion strip, where they are most convenient for users.”
The next point is about controls and making it easier to use your device. The first new change is with device controls and the power button. If users long press the power button, device controls and other apps which take advantage of the API can show up. Next up, media controls are a little different. Inside the shade drop down, the media that is playing has its controls and now within that, you can choose how you are listening to the media.

The final (and possibly most important) point is all about privacy. If you plan on only using an app for a split second, you can now grant one-time permissions to the app. If you need to reuse the app, it will ask for permissions again. Like this, if you don’t use an app for a while, Android 11 will notify users and then auto-reset permissions on a per-app basis to keep you secure. 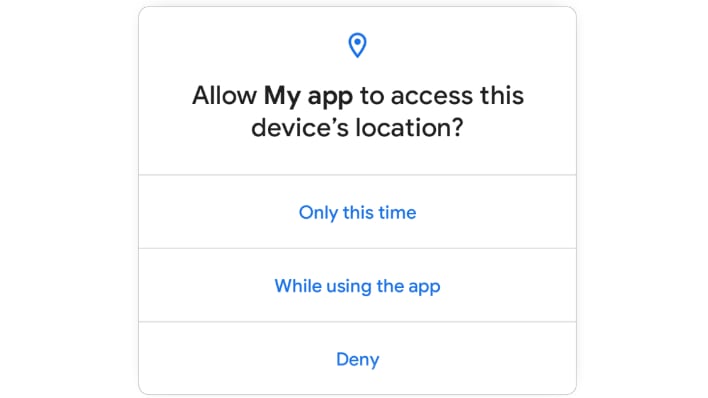 Beside the three main points, though, there are some other quality of life things being thrown in. Android 11 will enhance support for 5G, support new screen types, and implement call screening among other features for developers and device makers. In total, it is going to be an exciting update to Android. Over the course of the next few months, expect to see Android 11 updates start to roll out. If you are in the Pixel ecosystem, expect to see an update soon.