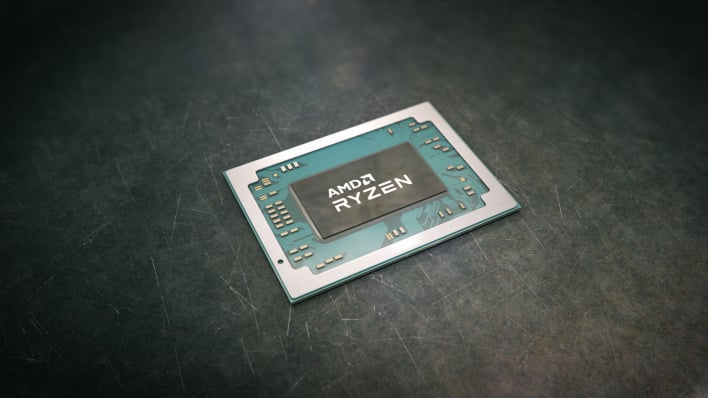 As Chromebooks are an important part of education and are becoming a bigger part of the work-from-home toolkit, performance and power is needed more than ever. Now that AMD has announced their lineup of mobile processors to power Chrome OS, a little competition with Intel is in the works. The Ryzen 3000 Zen 2 and Athlon "C" mobile processors will bring Zen performance to the Chromebook with partners such as ASUS, Google, and Lenovo.

These new mobile CPUs will range from 2 to 4 cores (up to 8 threads) with a TDP of 15 watts across the board. With Zen and Zen+ architecture on 14nm and 12nm process nodes respectively, we should see decent performance and battery life. According to AMD, these power efficient processors will allow for “thinner and lighter Chromebook designs that deliver long battery life as well as Wi-Fi 6 and Bluetooth 5 capabilities.” Furthermore, these processors make Chromebooks “fast and responsive while browsing the web, multitasking, or streaming video.” 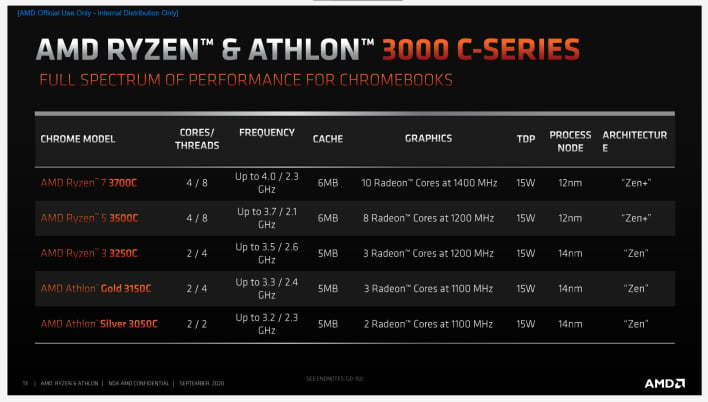 The mobile processors will also have what AMD claims is the most powerful graphics available in a Chromebook (Radeon Vega 10 in top configurations). We will have to see how that holds up once Intel’s 11th generation Tiger Lake Chromebooks with Xe graphics release, but the performance should be good as far as typical Chromebook standards go.

Working with partners such as Acer, ASUS, HP, and Lenovo, over 14 different designs of AMD powered Chromebooks will cover the education, enterprise, and consumer spaces. These devices are scheduled to arrive some time in Q4 2020 and presumably will go toe-to-toe with the recently announced Tiger Lake-powered Chromebooks that will soon enter the market.