We had the opportunity to attend PAX East this year and it did not disappoint. Vendors showed up with some dazzling displays, like the AMD Radeon RX 6900 XT Halo Infinite Edition graphics card pictured above, but what we didn't expect to see was a spattering of hard-to-find GPU and CPU hardware being sold at MSRP.
Usually it's the free swag that flows generously at major events like this. But these are unique times and finding certain SKUs in stock and selling for list price has become an achievement in and of itself. For that reason, we were surprised (in a good way) to see AMD selling its Radeon RX 6900 XT, Radeon RX 6800 XT, and Radeon RX 6700 XT at MSRP, as well as its recently launch and highly sought Ryzen 7 5800X3D.

We snapped a photo of the order sheet (above). This is notable because none of those parts are in currently in stock at AMD's webstore. And if you manage to find them on Amazon, they're often at a markup.

That said, the situation's a little better with custom models from AMD's add-in-board (AIB) partners, especially with the recent price cuts. Here's a snapshot of the current situation...
PowerColor's Red Devil Radeon RX 6900 XT stands out as the only one to match AMD's reference pricing, while the rest are marked up to some degree. As for the Ryzen 7 5800X3D, it's basically sold out on Amazon, unless you want to fork over $603 to a marketplace seller (which you shouldn't).
We're hoping that AMD selling several Radeon RX 6000 GPUs and the Ryzen 7 5800X3D for MSRP at Pax East is a sign of things to come. We've already seen pricing and availability on GPUs in general start to head back towards normalcy. So, fingers crossed. 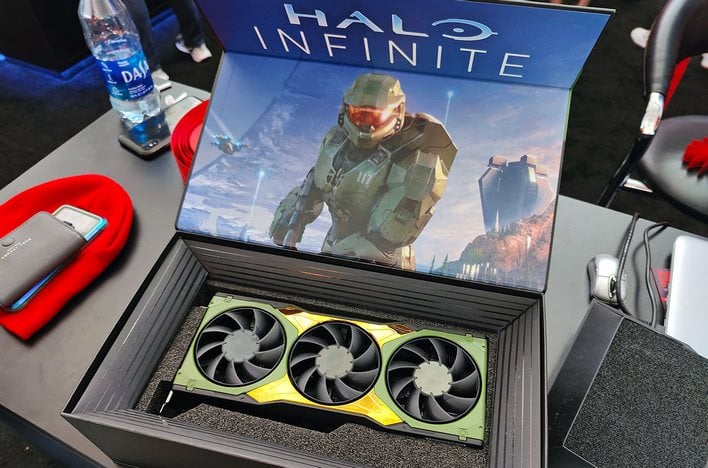 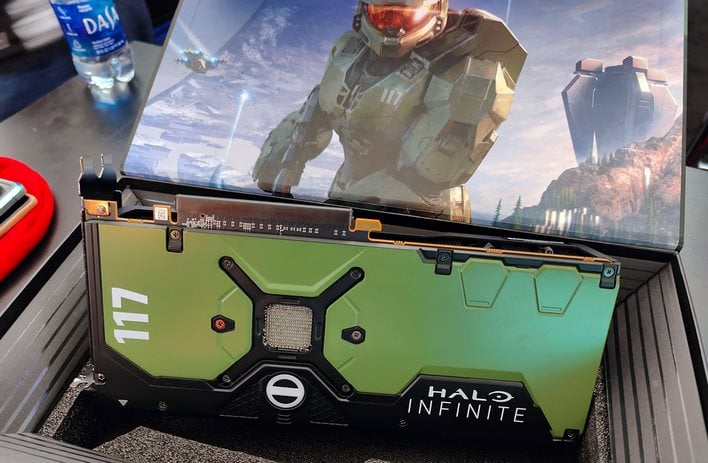 While not for sale at PAX East, we got an in-person view of the Halo Infinite-themed Radeon RX 6900 XT graphics card and it's a beauty. It looks every bit as good as the renders that were shown off last year, with the themed styling adorning both the front and back of the card.