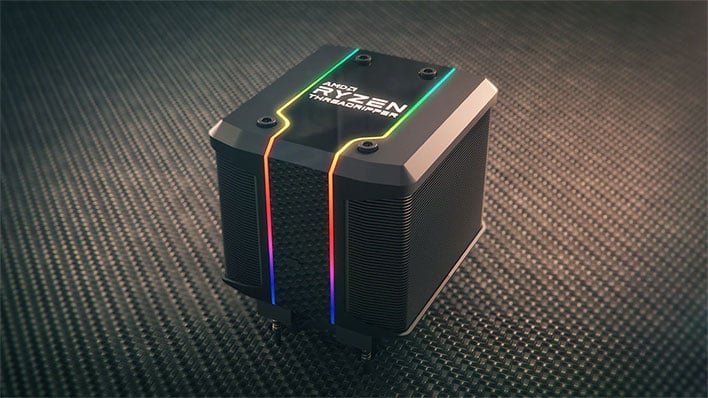 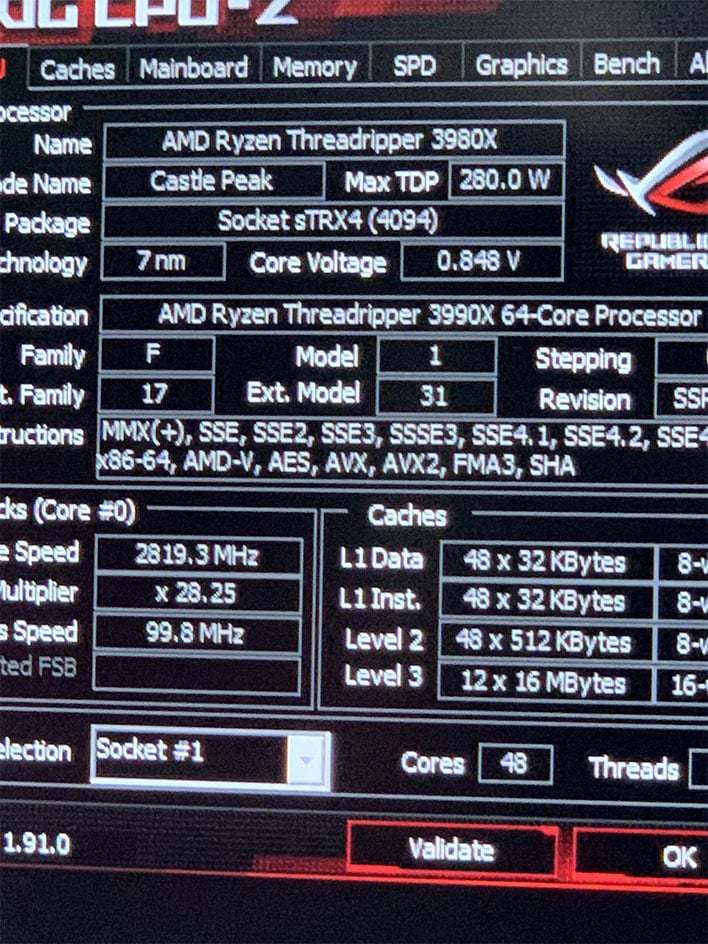 The supposed screenshot labels the processor as a Threadripper 3980X with 48 cores and presumably 96 threads (that thread count is out of view). It also shows a 2.8GHz base clock. These are reasonable specifications, but is the screenshot real?
We have serious doubts. The 'Specification' section lists the product as a Threadripper 3990X with 64 cores. As someone pointed out in the Twitter thread, the Specification section yanks its data from the actual hardware rather than CPU-Z's own lookup table (LUT). As far as we know, that's true. And if that is the case, then there appears to be some trickery going on here.
This type of thing is also easy to manipulate in photo editing programs like Photoshop. That's all to say, this screenshot is probably bogus, even if the part number and specifications eventually come to fruition.