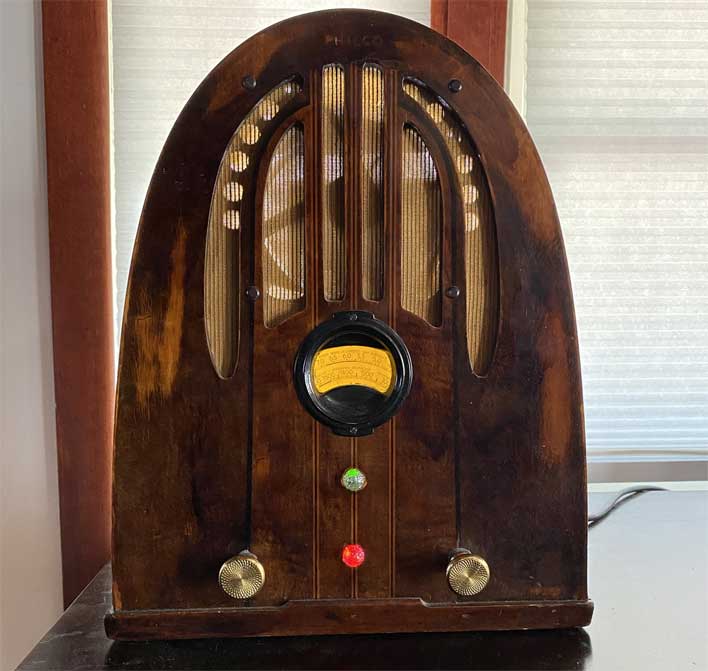 When it comes to building a PC, most people turn to a modern chassis that has ample cooling, style, and lots of space inside. Others turn to alternative means to build a PC that doesn't quite look like a garden variety PC. A perfect example of someone who wanted a PC that stands out from the pack has turned up from a redditor that goes by Imacleigh, who built an AMD Ryzen 5 1600 PC and tucked it inside a vintage radio enclosure.

The wooden case is an actual vintage radio that the builder says was found at an antique shop that had already been gutted. Since the radio was gutted, the builder didn't feel guilty about ruining a functioning antique. A lot of the reddit commenters were concerned about the PC getting enough airflow inside the small enclosure. A quick look inside the machine from the back shows that the components are packed very tightly inside the radio case. In particular, the video card vents its hot air inside the chassis. 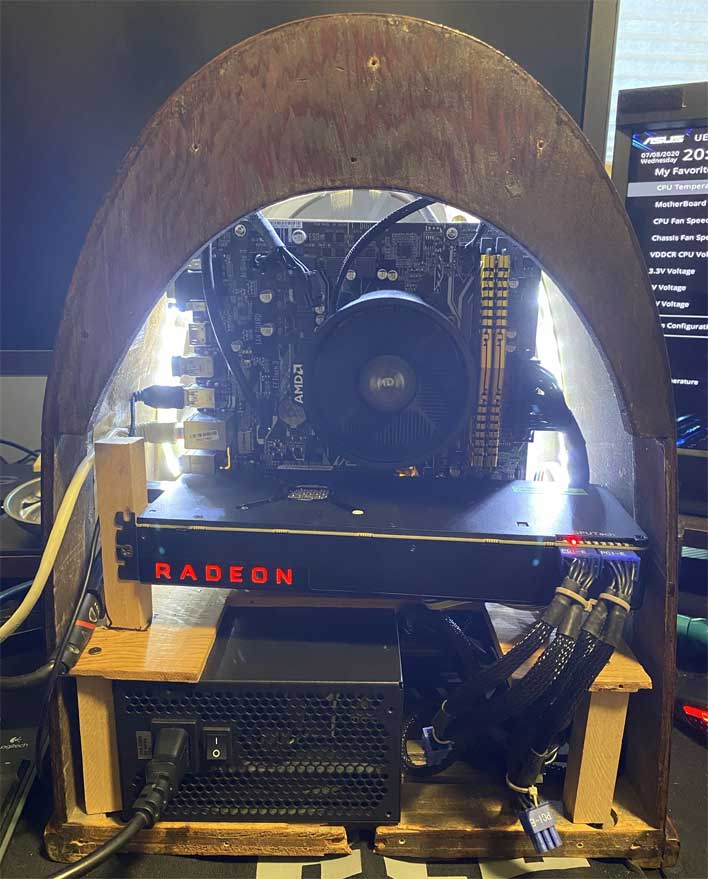 The builder notes that the front mesh allows the machine drawn air in from the front, and the image of the back shows what appears to be old wicker-like mesh covering the hardware on the backside. Imacleigh says that the machine allows better airflow than you might expect and that the system is very stable. The bottom of the chassis is slotted to help vent heat from the power supply. However, thermal throttling is expected at full load. The machine was built for a father-in-law, who will only use it for basic computer functionality. 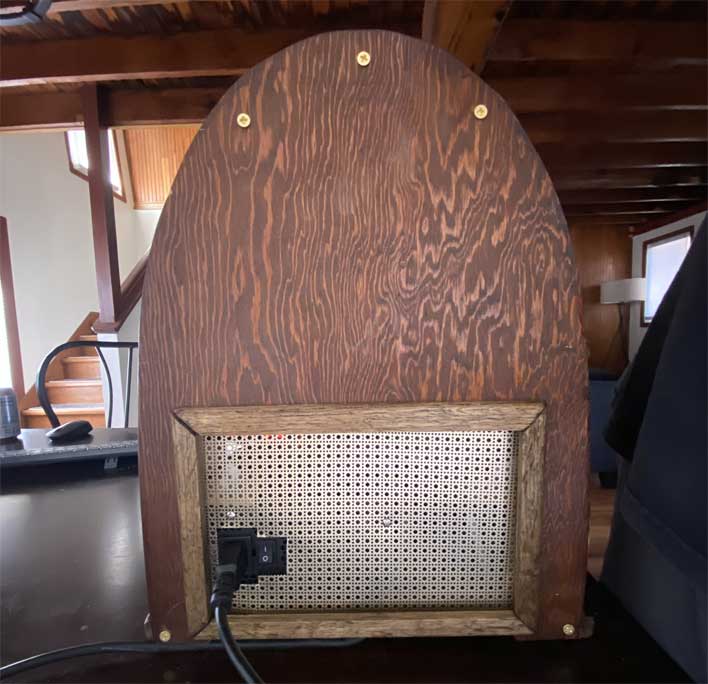 As for the knobs on the front of the radio, they are functional, one of the knobs is a push power button, and the other is reset. As for additional IO ports, the bottom of the radio chassis has cable extenders and an HDMI cable. Inside the case is a three-port USB hub in case additional devices need to be attached through the bottom. In all, it's a very cool and stealthy build made just for a father-in-law who is particular about looks and has a house full of antiques.

Not long ago, we saw another very cool custom PC build with a liquid-cooled gaming PC built in a bourbon barrel chassis.