AMD recently stretched its Zen 3 architecture over to a new processor lineup, that being the Ryzen Pro 5000G/GE series. These are essentially desktop APUs (accelerated processing units) for businesses, pairing Zen 3 CPU cores with Radeon graphics based on Vega. These APUs have found their way to a few retail channels, and the first set of benchmarks obtained from finalized hardware has manifested on the web.
The difference between the Ryzen Pro 5000G and Ryzen Pro 5000GE boils down to power consumption. AMD's G-series lineup consists of three APUs, each with a 65W TDP, and are intended for small form factor PCs. Meanwhile, the GE-series cuts the TDP to 35W, and are targeted towards ultrasmall PCs (or mini PCs, if you will). And of course being Pro models, they have features that the regular (non-Pro) Ryzen 5000G series lacks (manageability and security amenities, mostly).

Before we get to the benchmark data, let's have a look at the specifications. 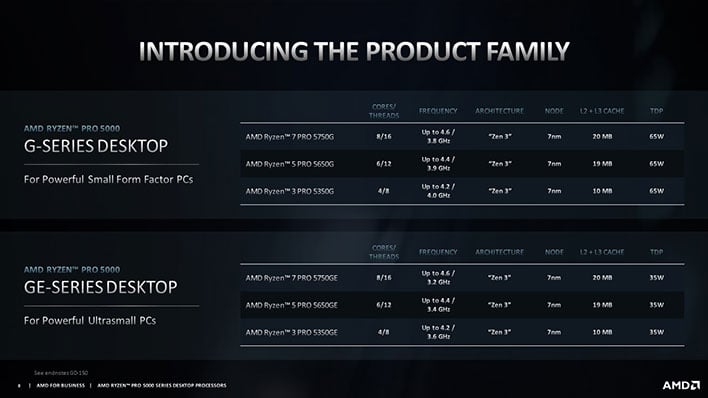 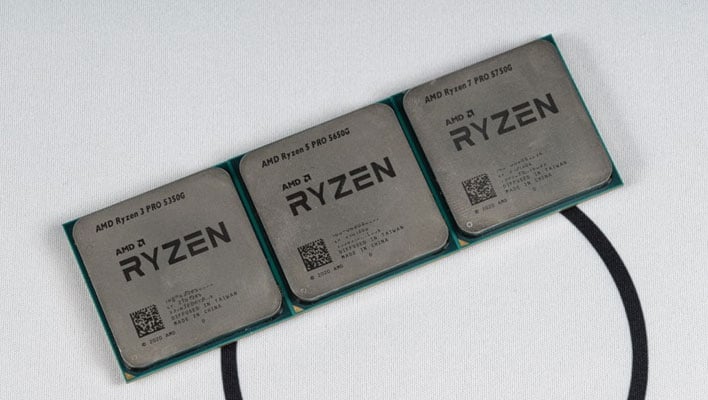 Leaked benchmarks of engineering samples are one thing, but the problem there is that we have no way of knowing if the specifications and features are representative of what they be like on finalized silicon. Now that AMD has officially launched its Ryzen Pro 5000G series, however, early benchmark results become a little more meaningful.
That's not to say we should take any numbers floating around the web as gospel. We'd be interested in testing these chips ourselves, but have not had an opportunity to do that. Nevertheless, there is some preliminary Ryzen 5 Pro 5000G series benchmark data out in the wild that is based on retail silicon, courtesy of a user at the Chiphell forums.
The user tested the chips in an ASRock X570 Taichi Razer Edition motherboard with 16GB of DDR4-3600 RAM, an NVMe solid state drive, and a high-end air cooler. Let's have a look at some of the results... 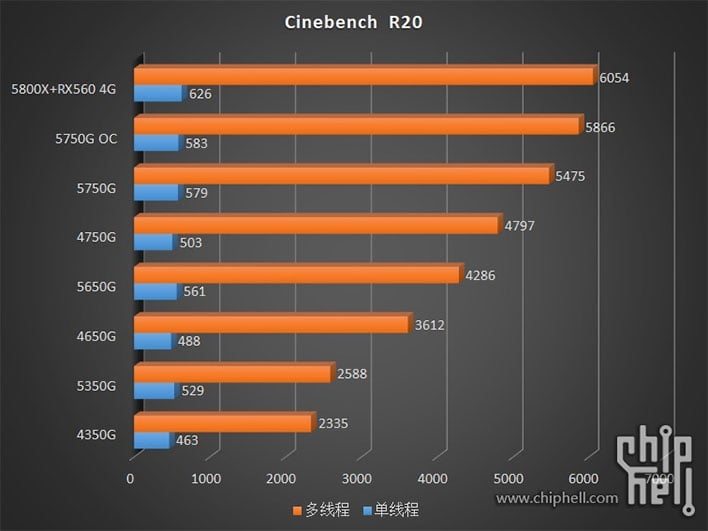 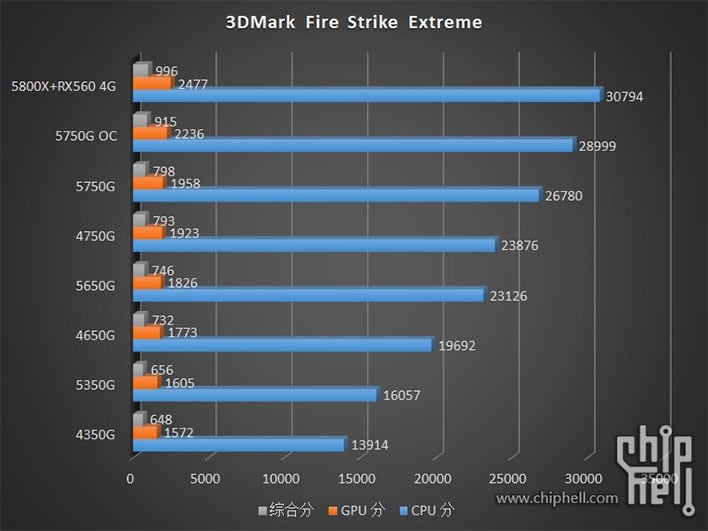 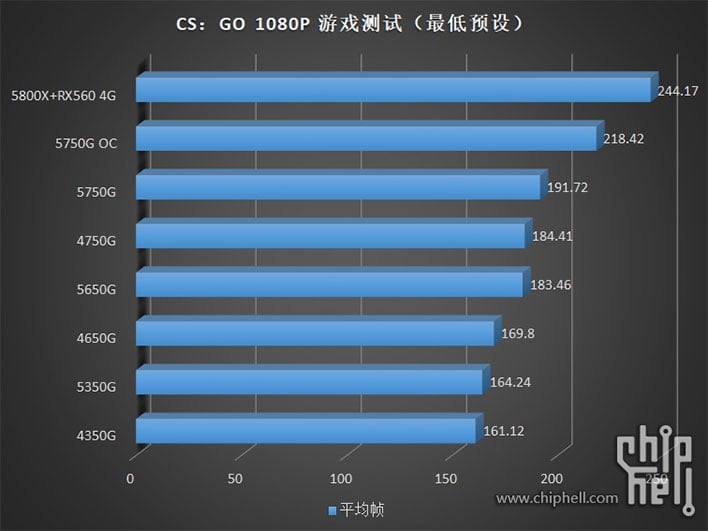 Other benchmarks paint a similar picture, though when shifting the focus to graphics and gaming, the divide between the current generation lineup and the previous generation parts they replace is not quite as big.
Using the two same processors for comparison data, the Ryzen 7 Pro 5750G part posted a GPU score of 1,950 in 3DMark's Fire Strike test, and averaged 191.72 frames per second in Counter-Strike Source: Global Offensive. Both are slightly ahead of the Ryzen 7 Pro 4750G, which scored 1,923 and 184.41 frames per second, respectively, in those same benchmarks.
Those are still gains in favor of the newer hardware, though the bigger boosts in performance favor CPU bound tasks, in both single-threaded and multi-threaded workloads. That gives business users some interesting new silicon to consider, depending on pricing works out and what kind of overall configurations AMD's hardware partners end up offering.