If you are an enthusiast that recently upgraded from Windows 10 to Windows 11 and have noticed some performance degradation, you’re not alone. Although we’re not sure why these issues didn’t rear their heads earlier during the Windows Insider testing phase, AMD confirms that its Ryzen and EPYC processors are affected by two performance-robbing bugs.

The first issue involves L3 cache latency, which can increase by 3x compared to the same system running Windows 10. As a result, applications that are “sensitive to memory subsystem access time” could be affected, resulting in a performance hit of 3 to 5 percent in some applications. However, AMD notes that the performance impact could hit a considerable 15 percent in eSports games.

Another bug within Windows 11 doesn’t allow for the proper scheduling of the "preferred" or fastest core (UEFI CPPC2) on a processor. AMD says that “Applications sensitive to the performance of one or a few CPU threads may exhibit reduced performance” and that users will notice this impact primarily in 65W+ TDP processors with more than 8 physical cores. 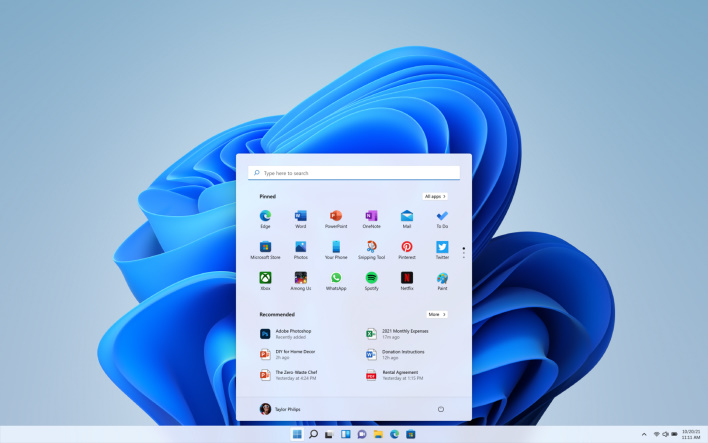 While both of these bugs are disappointing, the good news is that AMD says that fixes for both will be available later this month. The L3 cache issue will be addressed via Windows Update, while AMD will issue its own software update for the UEFI CPPC2 bug.

These bugs apply to all supported AMD hardware in Windows 11, which means Zen+, Zen 2, and Zen 3-based processors across Ryzen, Ryzen Threadripper, and EPYC product families.

Fortunately, these bugs are being called out shortly after the public rollout phase of Windows 11, and their impact should be minimal. Windows 11 was only pushed out to “eligible” Windows 10 PCs earlier this week, and will come preinstalled in systems shipping from OEMs as of yesterday. The general population will begin receiving Windows 11 in waves, and Microsoft says that most Windows 10 systems will receive Windows 11 via Windows Update by Q2 2022.