AMD's Ryzen 5000 CPUs are still fairly hard to come by. The company delivered world-beating performance at reasonable prices, which has only driven up demand. However, scarcity and selling out every CPU the company makes hasn't stopped the Red Team from working up a full lineup of Ryzen CPUs for its AM4 platform. We fully expected AMD to hit additional price points with Zen 3 derivatives to keep all the various segments of the market happy, and it seems like the company is doing just that, according to the most recent leak.

It probably will surprise nobody to find out AMD has a "non-X" version of its Ryzen 7 CPUs in the works. This one goes by the name Ryzen 7 5800, and will likely have the same eight Zen 3 cores featuring symmetric multithreading (SMT) fed by 4 MB of L2 and 32 MB of L3 cache. According to leaker @momomo_us on Twitter, the Ryzen 7 5800 will feature a 100 MHz dip in maximum turbo speed when compared with the Ryzen 7 5800X. That's a pretty miniscule difference, all things considered. Why would AMD release two processors so similar in specs? We think it'd be wise to take history as a bit of a guide.

In the past, the Ryzen 7 1700 and 2700 were also "non-X" versions of the Ryzen 7 1700X and 2700X. Those processors featured much lower base clock speeds in order to hit a lower thermal design power (TDP). These "vanilla" processors all had 65 W TDPs where the "X" versions had 105 W constraints. The Ryzen 7 5800X has, as you might expect, a 105 W TDP, so we think this trimmed-back 5800 might follow suit. In the end, TDPs and theoretical maximum speeds haven't mattered too much in the past, something our own testing has proven out. That tradition continued with the Ryzen 5 3600, and that CPU has been a budget blockbuster for AMD in the past. 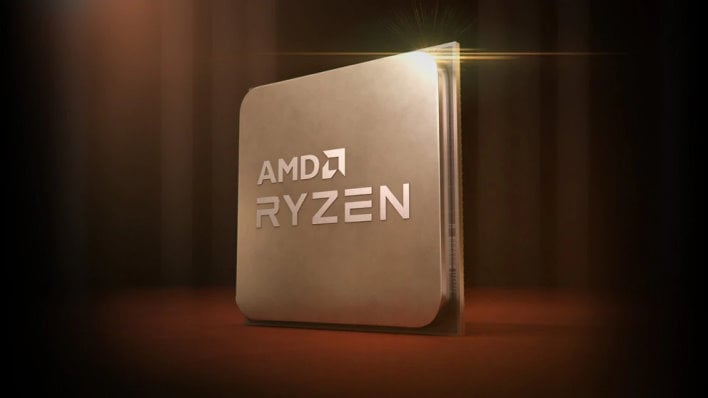 Fans of 12-core processors may also have something to look forward to, as @momomo_us also predicts that a slightly slower Ryzen 9 5900 is also on the horizon. This is the first time AMD has created a "non-X" version of its Ryzen 9 processors, so we're not entirely sure what to expect. What we know is this CPU is said to have the same dodeca-core layout with the same whopping 70 MB of total L2 and L3 cache. Again, maximum boost clocks are said to be just a touch lower, at 4.7 GHz instead of 4.8 GHz. We don't have any guidance as to whether this one would step down from the Ryzen 9 5900X's 105 W TDP, though we expect the base clocks would have to be much lower to make that target.

The good news is that X-free versions of Ryzen processors have traditionally been a bit cheaper than their faster siblings. It'll be interesting to see what AMD does with pricing, as right now just $100 separates the $549 Ryzen 9 5900X from the $449 Ryzen 7 5800X. That would likely already cannibalize quite a bit of the 5800X's sales, and a theoretical $499 Ryzen 9 5900 would further kill the flagship eight-core CPU. Maybe once AMD can keep up with demand we'll see a shift in official pricing as well. Maybe by that time, Amazon will stop smashing CPUs by shipping them in soft bubble envelopes, too.