Word around the web is that AMD is getting ready to refresh its Radeon RX 6000 series with a few new models, and specifically the Radeon RX 6950 XT, Radeon RX 6750 XT, and Radeon RX 6650 XT. Originally rumored to launch this month, the cards have apparently been delayed, though just by a few weeks.
According to the folks at Videocardz, all three models will be announced on May 10 instead of April 20 as originally planned. It's not clear why AMD decided to push back the launch (if in fact it did), though it could be for any number of reasons—more time to tweak the BIOSes and/or drivers, wanting to build up more supply, or simply a strategic decision.
This isn't a new generation of cards, but an incremental upgrade with the same RDNA 2 architecture underneath the hood. Assuming the leaks are on the money, the primary difference here is the use of faster memory. All three are said to be equipped with 18Gbps GDDR6 memory chips, up from 16Gbps on the non-50 models.
The number of stream processors doesn't look to be changing, though it's possible AMD could goose the boost clocks across the board. In the absence of more information, here's what we're looking at and how the specs compare to the models they're replacing... 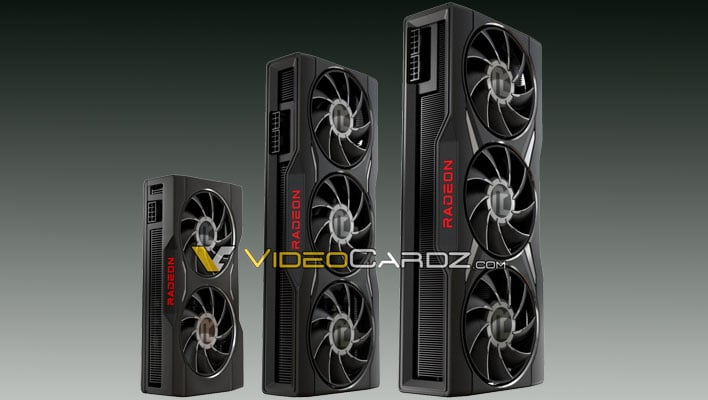 All three will also feature blacked out cooling shrouds that, from the purportedly leaked press render, look sleek. Interestingly enough, the Radeon RX 6650 XT appears to be getting a dual-fan cooling upgrade rather than the single-fan solution the Radeon RX 6600 XT. This suggests it might have a higher TBP, and reinforces the speculation that boost clocks could increase as well.
Likewise, the Radeon RX 6750 XT is moving up to three cooling fans instead of a dual-fan cooler. Pricing has not been mentioned, only that all three RDNA 2 refreshes are slated for a May 10 launch.