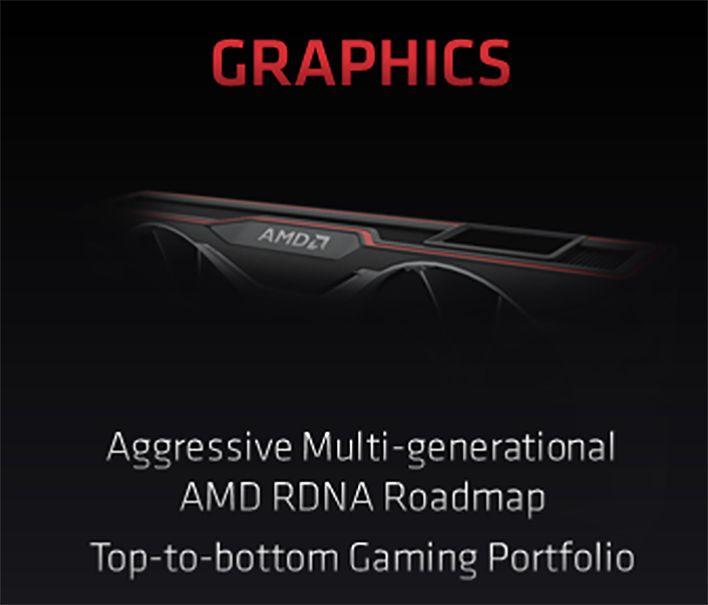 AMD recently held its Financial Analyst Day and offered information about their plans for the future. Financial Analyst Day included a roadmap for the next-generation RDNA 2 Navi GPU or “Navi 2X”. To top it off, a photo was teased on the AMD subreddit that revealed that the upcoming reference graphics card will adopt a different cooler design.

u/AnnieAreYouRammus and other Reddit users noted that there were no blower coolers. Scott Herkelman, Vice President & General Manager of AMD’s Graphics Business Unit, replied, “There will be no blower reference fans for gamers on next gen. So you are correct ;)”

Herkelman commented in a follow-up post that AMD’s board partners may continue to use a blower cooler design if they wish. However, he also noted that “the launch of 5700 XT on AMD reference designs has guided us towards dual/tri-axial designs.” Herkelman was unable to confirm an official release date, but many suspect that the new reference graphics cards will be available by Q4 2020. 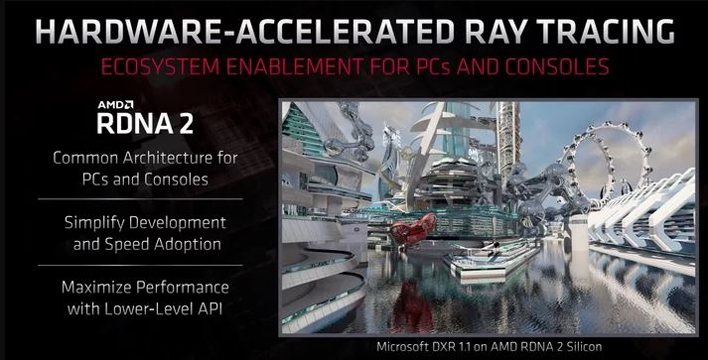 AMD has previously used a blower cooler design for their reference design cards. Blower coolers feature a single finned fan to exhaust hot air through the card and out the back of the chassis. Blower coolers work well in small form factor cases or cases with poor airflow, but there are a few drawbacks. They are usually rather noisy and often do not cool the GPU as efficiently as a dual or tri-axial design. Dual/tri-axial designs use a bladed fan design which draws in more air, but exhausts most of the warm air back into the case. These fans do not need to spin up as much to achieve the same level of cooling of the graphics card so they can be quieter. Most cases tend to have enough ambient airflow to overcome the design’s lack of exhaust.

AMD’s hope for the Navi 2X is that it will compete with NVIDIA’s high-end graphics cards such as the GeForce RTX 2080 Ti. They claim that Navi 2X will deliver "enthusiast-class" performance and "uncompromising 4K gaming". It will also be power-efficient and support hardware-based Ray Tracing and Variable Rate Shading.