Now, another dedicated RDNA 2 cryptomining card has appeared, and it's apparently based on the Navi 22 GPU. Navi 22 is used in the Radeon RX 6700 XT graphics card for those unfamiliar with AMD's GPU nomenclature. According to the information provided alongside the images, this card features a passive, fanless cooling system and we spy an XFX logo above the PCIe 4.0 connector. For those keeping scores, the Navi 21 mining card that we previously saw was also XFX-branded. 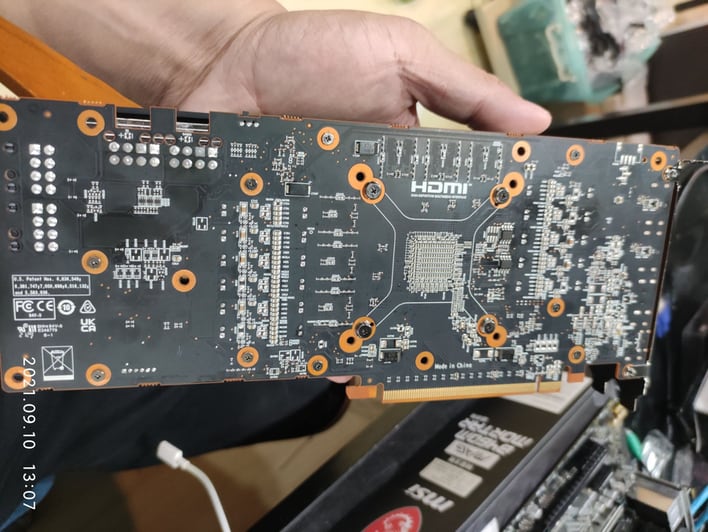 That leads us to believe that XFX is more closely aligned with the Radeon RX 6700M, which features identical GPU specifications. Or, as has been speculated, this might be the [still unreleased] Radeon RX 6700. The XFX card features dual 8-pin power connectors, just like the previously-seen Navi 21 variant. 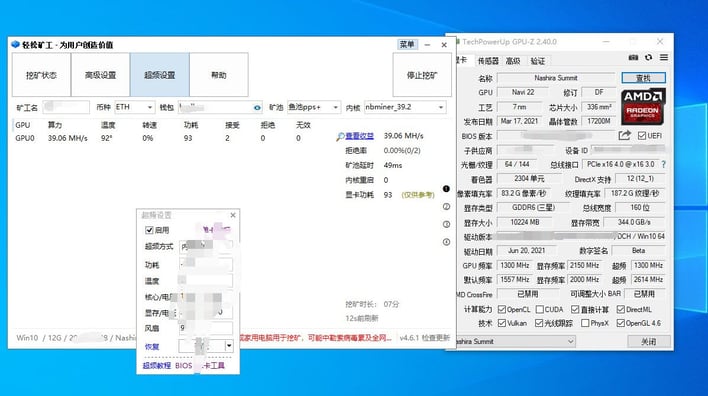 The appearance of these two XFX mining cards -- one Navi 21-based, one Navi 22-based -- is quite intriguing. Possibly, where's there's smoke, there's fire regarding the dedicated mining market for AMD and its board partners. After all, NVIDIA has found a way to attack this market with is CMP HX family so it makes sense that AMD would counter. However, we're still waiting to see these XFX Ethereum mining cards make an appearance in the retail market.