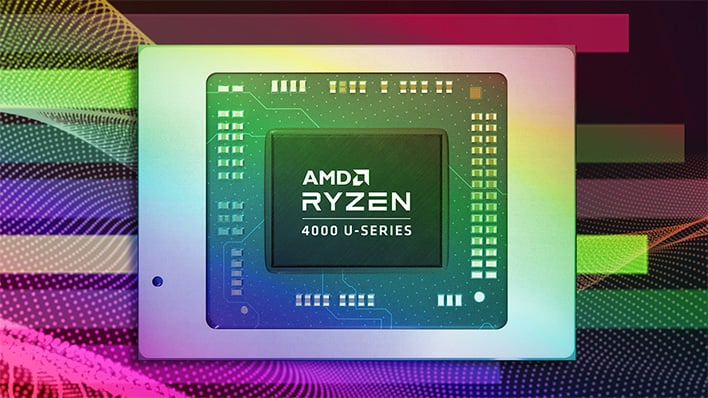 AMD launched its mobile Ryzen 4000 series to much fanfare and excitement, because the prospect of leveraging Zen 2 in a laptop form factor is indeed enticing. But here we are months later and the available options are still comparatively limited. What's going on? There seems to be a lingering supply issue of some sort, with HP reportedly cancelling customer orders for some models.

At least that seems to be the case for some of the ultrathin and light laptop options, powered by AMD's Rzyen 4000 U-series. These chips are basically mobile APUs, packing between four and eight cores (and up to 16 threads), 6MB to 12MB of L3 cache, and up to eight graphics cores based on AMD's Vega GPU architecture.
Here's a look at the lineup... 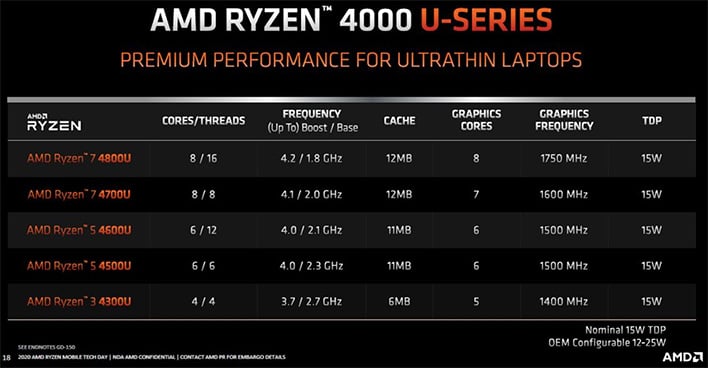 As to the apparent shortage, an "anonymous" HP customer relayed to AdoredTV an exchange they had with with the PC maker, regarding an AMD laptop they ordered. After a five-week delay, the customer claims HP emailed them to say the order was cancelled.
"Your HP customized order contains an AMD processor that has been impacted by the manufacturer. Unfortunately, this means we are not able to complete the build of your computer," the email states.
The email also included a list of affected models and the corresponding processor. Here's a look...
We have not seen the actual email, but according to the report, those are all listed as "cancelled" models. And perhaps as part of a typo, the 445 G7 machines with the corresponding APUs were listed twice. As is, however, it amounts to two different laptop models with five different APU options, including two Pro variants and three regular SKUs.
It is said HP recommended alternative Intel models for each cancelled laptop, save for one. Also interesting is that, at least for now, HP's Envy x360 and Omen product lines are not included.
We would caution against reading too much into this. For one, this is a single vendor, with just two laptop models seemingly getting the axe (with AMD inside). And secondly, we have not heard of any extraordinary manufacturing problems or defects. These are unique times with COVID-19 disrupting the tech sector in general. Still, it is worth keeping an eye on.

AMD had previously provided WCCFTech a statement on the matter, and if we are take the company at it's word, this would seem to be an issue of underestimating demand.
"We are seeing unprecedented demand for our AMD Ryzen 4000 mobile series processors based on leadership performance and energy efficiency. AMD Ryzen 4000 processor sales ramped faster than any mobile processor in AMD history. We are increasing production to address the incremental demand requests from our customers for AMD Ryzen 4000 series processors and are focused on growing our footprint in the notebook market," AMD said.
That was from a month ago. So, assuming AMD has been increasing its orders, things should settle down in the next month or so. We'll see.