Radeon RX 6000 Series And Ryzen 5000 Star In AMD's Fortnite Map Expansion, Plus Here's Your Chance To Win Both

Back in September, AMD used Fortnite to tease the then-upcoming RDNA 2 Radeon RX 6000 GPUs. Now that the cards have been announced, AMD has updated the Fortnite maps to showcase both the AMD Ryzen 5000 series and the latest Radeon cards. AMD will also be hosting streamers from today until November 13th to celebrate AMD’s accomplishments this month.


Diving into Fortnite, AMD has provided some images of what to expect when you get in. Previously, the teaser was the AMD Battle Arena map and an Easter egg to get to a floating version of the AMD Radeon RX 6000 series GPU. While the Battle Arena remains, AMD has split apart the GPU to show the whole thing off through a parkour map. If you ever wanted to get up close and personal with a GPU, you can now do so in Fortnite. 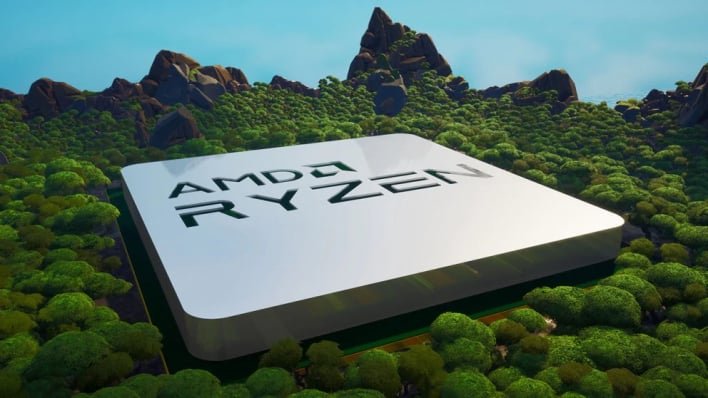 AMD has also embedded a massive Ryzen 5000 Series CPU into an island. This island has both a free-for-all and puzzle mode.  In the puzzle mode, you get to solve challenges with the ultimate goal of lighting up the processor. 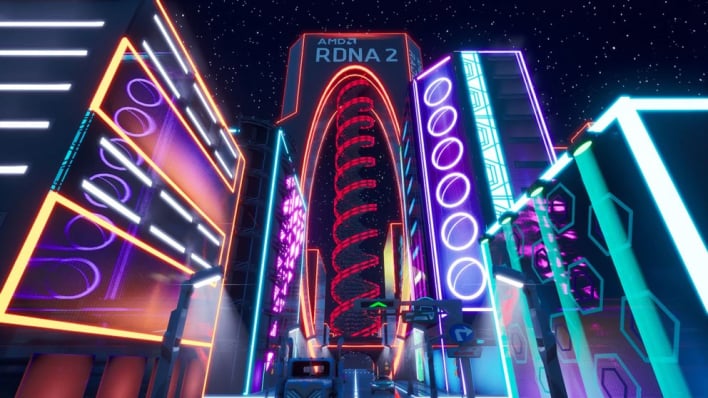 Finally, there is now an AMD RDNA-2 city of sorts with a prominent RDNA-2 skyscraper. This city lights up the virtual night sky with bright colors and an overarching AMD theme. This map lets you play the "Infected" gamemode with your friends or people you matchmake with. You can see all the new maps in the trailer below.


AMD showing off their products in Fortnite is undoubtedly an interesting choice, but it is bound to attract people. The giveaway they are running concurrently also does not hurt either. People can comment on videos or livestreams scheduled on the AMD site, and they will be entered to win 1 of 20 Ryzen 5000 CPUs, 20 Radeon RX 6000 GPUs, or 200 AMD hoodies/swag (you can read the full contest rules here). If you want to jump in and play, take a look at the AMD Fortnite page or use the Fortnite creative code 8651-9841-1639 to get to the map hub and let us know you you think of the maps in the comments below.