Today, AMD made an announcement on Twitter showcasing the design of the upcoming Radeon RX 6000 graphics card. This RDNA2-infused AMD GPU features an all-new cooler design for the Big Navi architecture that we (you too) can also take a closer look at in Fortnite.

In early September, a Fortnite Easter Egg was discovered referencing Big Navi. That teaser proclaimed “something big is coming to the AMD battle arena.” Since that time, AMD Big Wig Frank Azor hinted at an announcement from AMD which confirmed that the GPU would be unwrapped on October 28th.

We have been expecting some additional news in the meantime, but when the Easter Egg said something BIG was coming to the AMD battle arena, we did not think it was literal. Fortnite players can enter island code 5877-8461-8283 and explore the new cooler design for Big Navi. Let’s dive in and take look at the Fortnite renders of AMD's new GPU. 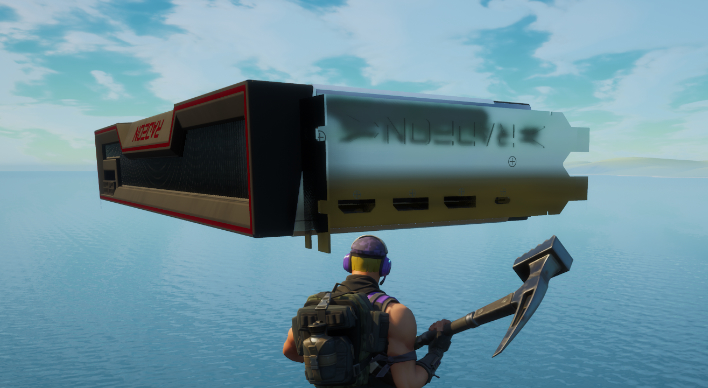 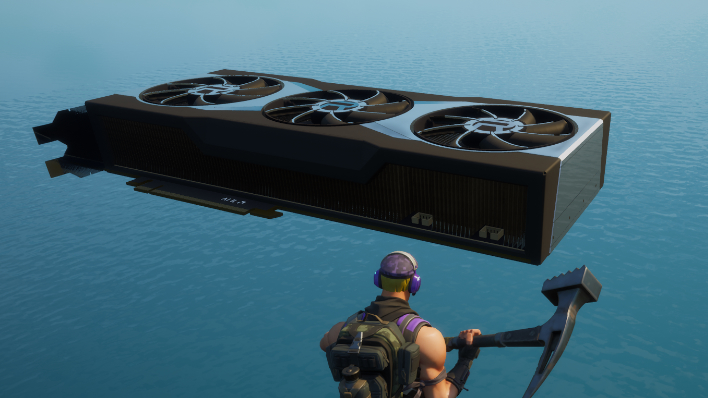 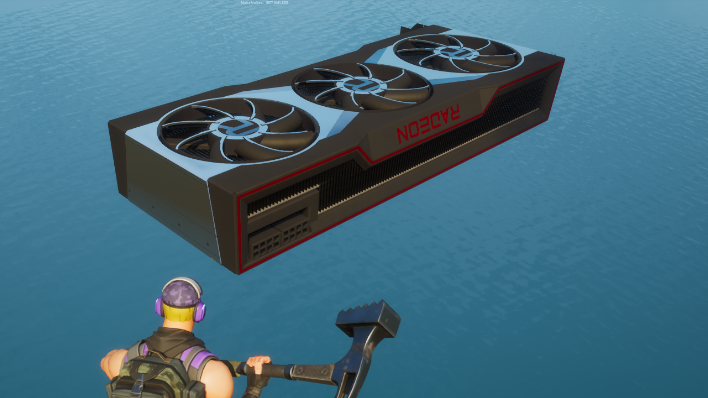 This seemingly triple-slot (not quite two-slot), dual 8-pin power connector monster of a GPU may be beefy if our first glance assessment is right. The dual 8-pin power can deliver up to 300W which, along with PCIe slot power could offer a total of 375W of power at its disposal, which is at least in the same ballpark as NVIDIA's GeForce RTX 3080 at 320W. Also, according to AMD, this is a completely redesigned cooler, so it appears that AMD is upping its thermal solution game as well.


Overall, this GPU certainly put the emphasis on the big in Big Navi. When all is said and done, AMD is definitely looking to start a new journey and apparently build up some hype in the interim. Until its launch on October 28th, stick around HotHardware as we await for more news on AMD's Radeon RX 6000 and what it might deliver for performance enthusiasts and gamers.