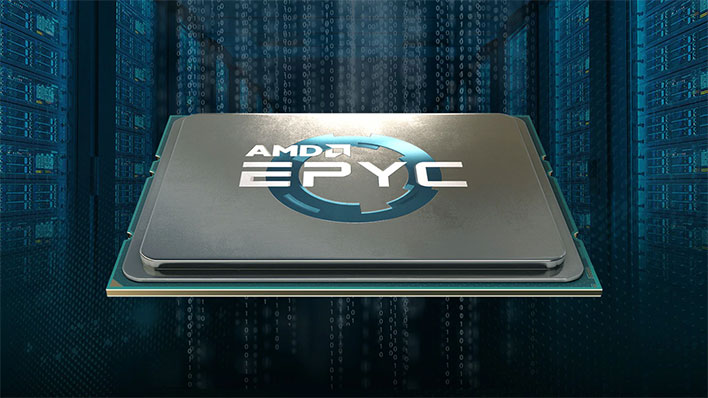 Up to this point, everything AMD has said indicates the company is still on track to launch its upcoming Zen 3 processors this year, despite the recent Ryzen 3000 "XT" refresh that led to rumors of a delayed release. In case further proof is needed, an apparent Zen 3 engineering sample has shown up in the wild, as part of AMD's EPYC server family. Well, a reference to an ES chip, anyway.

AMD's third-generation EPYC "Milan" server CPUs will replace its current-generation "Rome" family. These chips will be based on AMD's Zen 3 CPU architecture, and built on an enhanced 7-nanometer manufacturing process (AMD is not referring to the node as 7nm+, though). Zen 3 will presumably give way to better performance and better power efficiency. 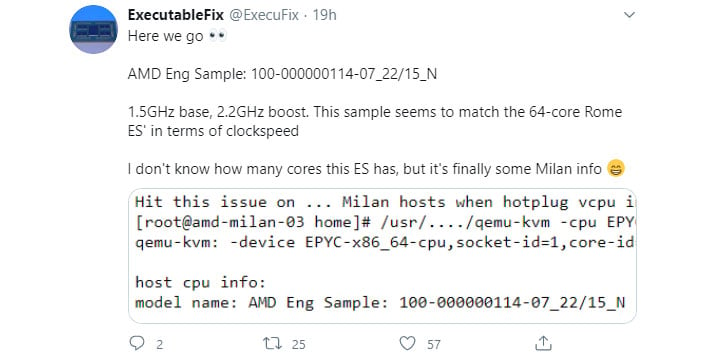 As to the leak, Twitter user ExecutableFix posted an interesting tidbit. It is a reference to Milan and a specific Zen 3 CPU (in engineering form) within a Linux OS changelog. Here's the full leak:

The leak references "AMD Eng Sample: 100-000000114-07_22/15_N," and according to the leaker, it features a 1.5GHz base clock and 2.2GHz boost clock. "This sample seems to match the 64-core Rome ES in terms of clockspeed," they added.
To be clear, the changelog does not actually provide any concrete specifications, namely the number of cores and threads. And as for clockspeeds, it is worth noting that current-generation EPYC parts top out at 3.9GHz on the boost side, featured on the EPYC 7F32 with 8 cores and 16 threads, along with 128MB of L3 cache.
We will have to wait and see what parts actually materialize. That said, AMD's latest update came a few weeks ago when it denied rumors that Zen 3 would be delayed until 2021. The company said in no uncertain terms, "AMD confirms that the rumor on ‘Zen 3’ delay is inaccurate.” So, we will definitely see something this year.