Amazon is having an impromptu sales bonanza on several of its Fire hardware products. Which I guess you could say is a 'Fire' sale of sorts (get it?), with some tantalizing discounts on its streaming products and tablets. For example, shown above is Amazon's Fire TV Cube on sale for $99.99 (down from $119.99) right now.
It may look like a Rubik's Cube with the stickers peeled off, but it's less frustrating and more capable. The Fire TV Cube supports streaming at up to 4K Ultra HD, and supports various HDR standards (Dolby Vision, HDR 10,HDR10+, and HLG). It also features Alexa integration, so you can bark out requests to change the channel or dim the lights, among other things. 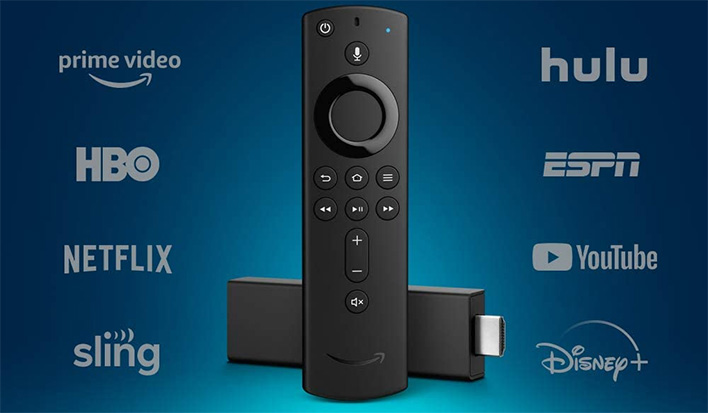 If you're looking for a streaming stick instead, the Fire TV Stick 4K is on sale for $34.99 (down from $49.99) today. Amazon bills it as the most powerful 4K streaming media stick, and like the Fire TV Cube, you can tap into the abilities of Alexa, using the included Alexa Voice Remote.
This nifty device also supports the same HDR standards (Dolby Vision, HDR 10,HDR10+, and HLG), and offers access to over 500,000 movies and TV episodes from a variety of streaming platforms, such as Netflix, Hulu, CBX All Access, and more.

Save On Amazon's Fire Tablets With These Deals 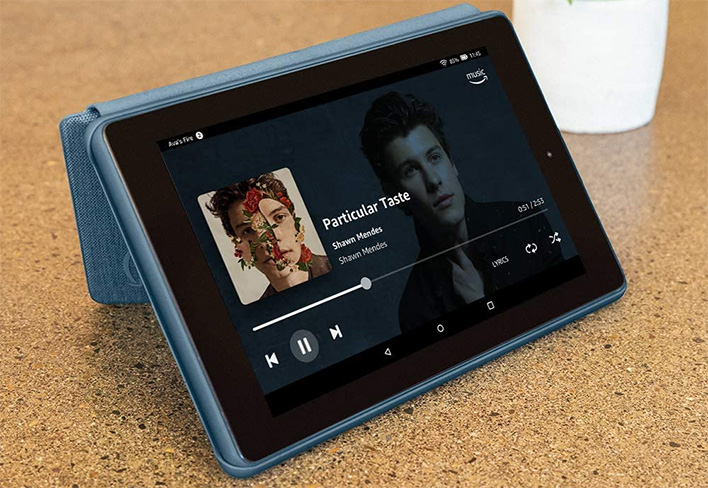 Get An Apple Watch Series 3 At A Discount 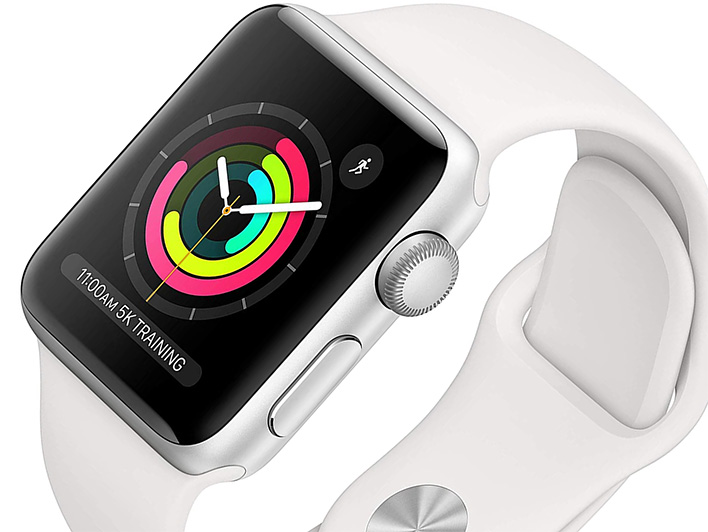 In related deal news, outside of Amazon's own Fire hardware, the Apple Watch Series 3 is on sale for $169 (down from $199). Apple has since move on to a Series 5, but the Series 3 is still a capable wearable with a Retina display, GPS, optical heart sensor, and water resistance up to 50 meters (meaning it can be worn for shallow-water activities like swimming in a pool or ocean).