It's been about a year and a half since Amazon last updated its Fire HD 10 family of tablets. So, it should come as no surprise that Amazon is ready to unleash its next generation of Fire HD 10 tablets onto the market to appeal to consumers looking for a consumption-oriented tablet that won't break the bank.

First up is the new Fire HD 10, which features an unnamed 2GHz octa-core processor with 3GB of RAM (twice as much as previous generations). The display still measures 10.1-inch across with a Full HD resolution, but it is now 10 percent brighter than before. Customers can choose from either 32GB or 64GB of internal storage, while the included microSD slot can expand storage by up to 1TB.

Besides the upgraded "guts" of the machine, Amazon says that the Fire HD 10 is also thinner and lighter than before. In addition, you'll find that the battery is good for up to 12 hours of runtime before you'll need to recharge (USB-C connectivity is thankfully included for charging duties). 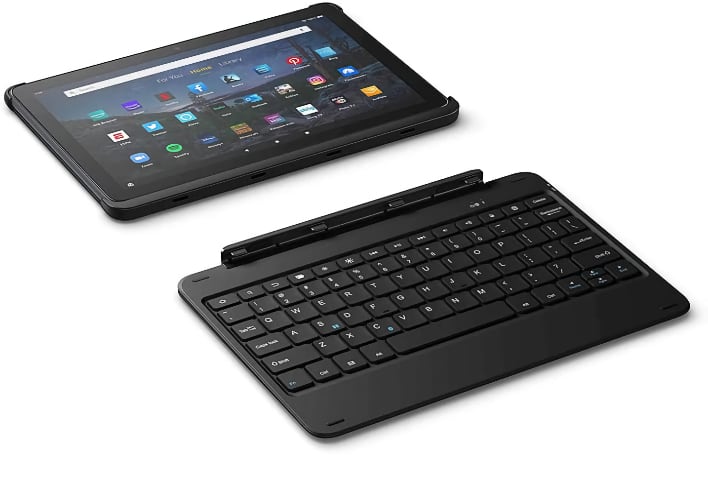 If the Fire HD 10 isn't enough tablet for you, Amazon offers the first-ever Fire HD 10 Plus. The Fire HD 10 Plus bumps the RAM to 4GB and includes a premium soft-touch finish instead of the hard (and somewhat cheap-feeling) plastic found on the rest of the Fire HD family. This flagship tablet is also compatible with Qi wireless chargers (although the 10.1-inch tablet would look rather odd balancing on the small hockey puck-like Qi chargers available for smartphones). That's why Amazon teamed up with Anker for a wireless dock that is specifically made to accommodate the Fire HD 10 Plus.