Amazon Acquires Self-Driving Vehicle Startup Zoox For Over $1B 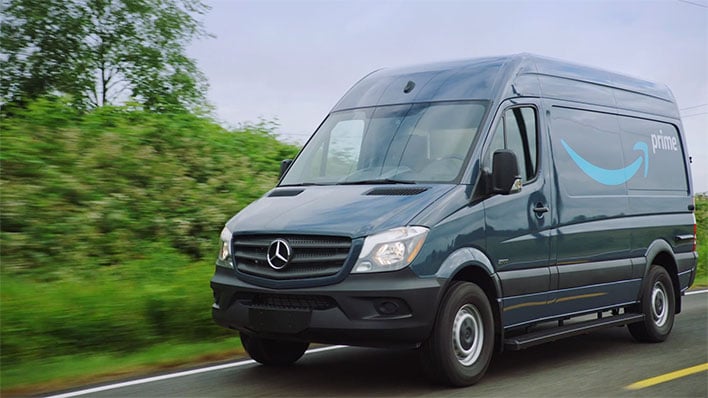 It may not happen in my lifetime, but it sure seems like we trending towards a world where the majority of automobiles on the market will be capable of driving themselves. In preparation for that day, Amazon on Friday confirmed it is acquiring Zoox, a California-based startup that has been designing an autonomous vehicle from the ground up.
"Zoox is working to imagine, invent, and design a world-class autonomous ride-hailing experience," said Jeff Wilke, Amazon’s CEO, Worldwide Consumer. "Like Amazon, Zoox is passionate about innovation and about its customers, and we're excited to help the talented Zoox team to bring their vision to reality in the years ahead."
Terms of the deal have not been disclosed, though according to a Financial Times report that came out shortly before an official announcement, Amazon will fork over more than $1.2 billion for the startup. That is a hefty sum for sure, and it underscores the importance Amazon sees in developing and spearheading its own self-driving technologies.
For Zoox, the acquisition opens the company up to a lot more resources in its pursuit of delivering an zero emissions autonomous vehicle.
"Since Zoox's inception six years ago, we have been singularly focused on our ground-up approach to autonomous mobility," said Jesse Levinson, Zoox co-founder and CTO. "Amazon's support will markedly accelerate our path to delivering safe, clean, and enjoyable transportation to the world."
Zoox has been chasing its dream since 2014. The acquisition by Amazon is interesting, especially if it did indeed pay more than $1.2 billion. Even though Amazon purchased Whole Foods for a much larger amount—$13.7 billion—this would rank as one of its largest buys.
It is also worth noting that Amazon has been utilizing self-driving trucks for over a year. In that regard, it has an existing vested interest in advancing autonomous technologies. It is conceivable that Amazon will ultimately leverage Zoox to flesh out its own fleet of self-driving vehicles for automated package deliveries. Or maybe license out the tech.

Either way, it will be interesting to see what becomes of this acquisition.