Dell is looking to expand its Alienware gaming laptop family and is teasing the introduction of its new X-Series. With the new X-Series, a significant emphasis is being placed on improving overall performance and keeping the system cool at the same time.

To this end, Dell says that the X-Series will feature an industry-first gallium-silicone thermal interface material for wicking heat away from the processor, which it calls Element 31. The new laptops will also bring another industry-first: a patent-pending, "Quad-Fan" cooling setup with extensive copper piping. Dell says that this design "Produces dedicated airflow using evacuative fans and dual opposite outlet fans," while "moving extensive air and managing heat enables a high-level performance with a very thin design."

For more immediate products, Alienware is touting its new m15 R6 gaming laptop. As its name implies, the m15 R6 features a 15-inch display available with either a Full HD or QHD resolution. The Full HD panels are available with either 165Hz or 360Hz panels (G-SYNC enabled for the latter), while the QHD display has a 240Hz G-SYNC panel. 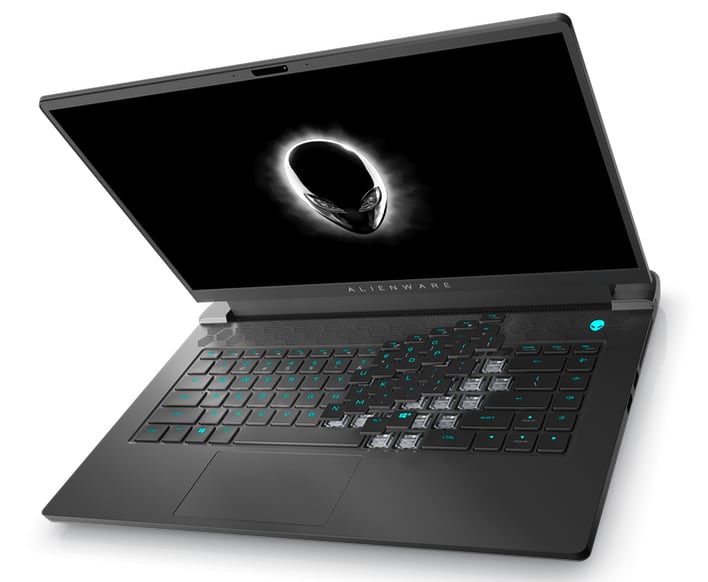 When it comes to performance, base systems get a 6-core/12-thread Core i5-11400H processor, while upgrades are available to the more performant 8-core/16-thread Core i7-11800H and Core i9-11900H processors. 8GB to 32GB of DDR4-3200 memory is available, while up to 4TB of internal storage is possible using a dual-drive PCIe SSD setup.