Dell first announced the Alienware m15 R5 gaming laptop back in April, and we got a chance to review the "Ryzen Edition" late last month. What makes these Alienware m15 R5 so compelling is that you can pair AMD's most potent Zen 3-based Ryzen 5000 APUs with NVIDIA's powerful GeForce RTX 30 Series GPUs. Our review unit, for example, came loaded up with a Ryzen 9 5800H processor and a GeForce RTX 3060 Mobile GPU.

Although we didn't encounter any issues during our testing, some new owners of the m15 R5 report some disturbing findings regarding the GPU inside their gaming laptop. Several users configured their rigs with a GeForce RTX 3070 GPU, which is just one step down from the current flagship GeForce RTX 3080 in the mobile realm. 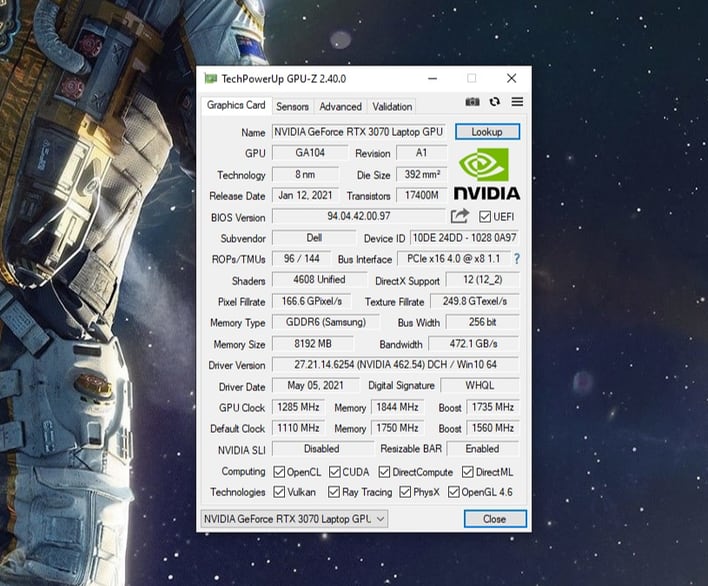 The mobile version of the GeForce RTX 3070 is supposed to have 5120 CUDA cores enabled, 160 Tensor cores, and 40 RT cores. However, early customers have found that only 4608 CUDA Cores are enabled (a 512-core deficit) according to GPU-Z. That could result in up to a 10 percent reduction in performance if the GPU-Z utility is correct in reporting the number of active cores.

However, just to rule out this being a GPU-Z issue, users report that the NVIDIA control panel's system information view also shows 4608 cores. Multiple people have confirmed these findings in this Reddit thread. 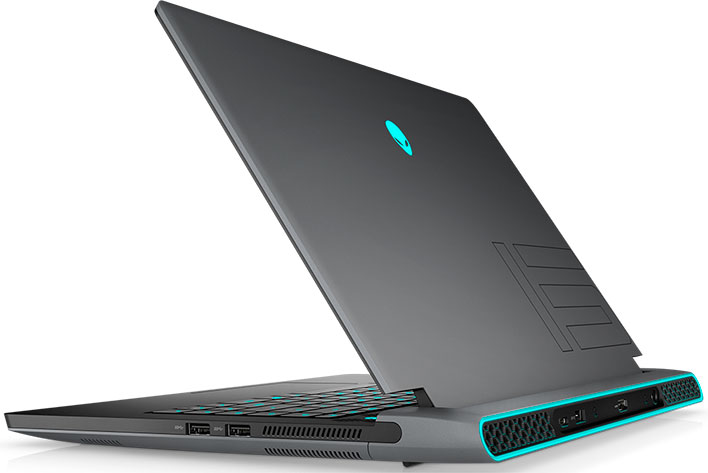 However, one interesting twist to this story is that by flashing the GeForce RTX 3070 GPU with the vBIOS from the m15 R4, the full 5120 CUDA cores are correctly reported in GPU-Z. So, this could be as simple as Dell providing customers with an updated vBIOS to alleviate the problem. 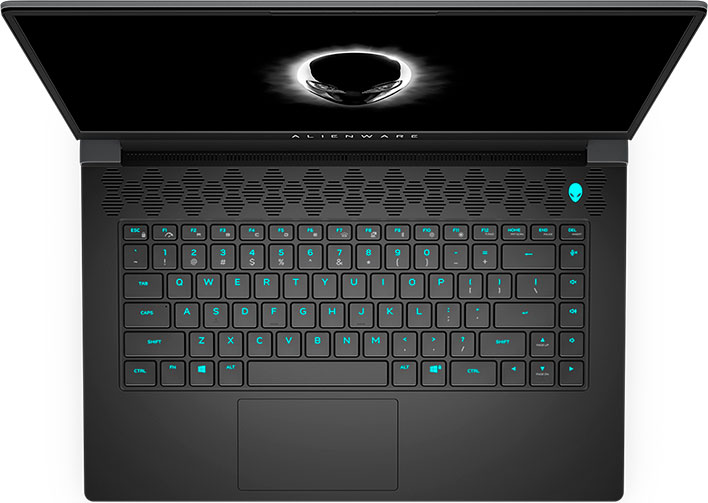 Adding yet another wrinkle to the issue is that by using the m15 R4 vBIOS, at least one owner reported that they experienced instability while gaming and decided to revert to the stock m15 R5 vBIOS. And although no one has offered up any screenshots comparing benchmarks with the stock m15 R5 vBIOS versus the R4 vBIOS, the Reddit thread's originator stated, "Unfortunately it's not quite that simple because the m15 R4 VBIOS has a higher TDP which could explain the performance improvement. However, based on the results, I'm going to guess the cores were in fact disabled."

We reached out to Dell for comment, and it responded that it is aware of the issue:

We have been made aware that an incorrect setting in Alienware’s vBIOS is limiting CUDA Cores on RTX 3070 configurations. This is an error that we are working diligently to correct as soon as possible. We’re expediting a resolution through validation and expect to have this resolved as early as mid-June. In the interim, we do not recommend using a vBios from another Alienware platform to correct this issue. We apologize for any frustration this has caused.

We'll keep you updated on the latest news from this situation, including when a workable fix is available for download.

Updated 6/11/2021 @ 2:22pm
As promised, Dell has gotten back to us with an official vBIOS update to correct the GeForce RTX 3070 GPU misconfiguration. The full statement from NVDIA can be found below:

Last week, we discovered our new Alienware m15 gaming system was limiting CUDA Cores on 3070 configurations. We have released a firmware update to help resolve the incorrect setting. Please check out the support page here for the updated vBIOS.