We’ve already covered Alienware’s new Area-51m R3 and m15/m17 R3 gaming laptop releases, and now it’s time to shift focus to their desktop sibling. We’re of course talking about the Aurora desktop, which is aimed squarely at the eSports market.

Liquid cooling – for the processor – has long been a staple of Alienware desktops. However, the 2020 edition of the Aurora is bringing a first for company: liquid cooled graphics cards. The Aurora’s PCIe liquid cooling solution is available with its GeForce RTX 2080 graphics option, and promises a further 19.5 percent temperature decrease along with a 69.2 percent decrease in noise reduction compared to air cooling. 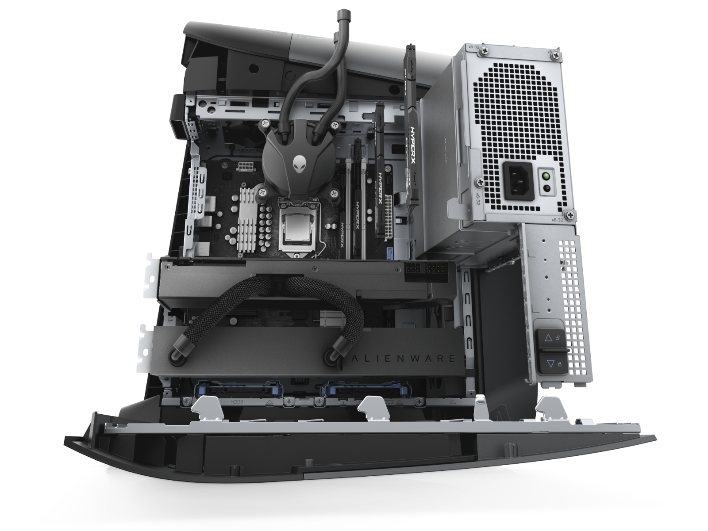 Moving on to computing performance, the Aurora has pivoted to Intel’s 10th generation Comet Lake-S processors, which are still built on 14nm process tech. Base systems come with the Core i5-10400F (6 cores, 2.9GHz/4.3GHz base/turbo), while flagship systems rock the Core i9-10900KF (10 cores, 3.7Ghz/5.3GHz base/turbo). Base configurations come with 8GB of HyperX Fury DDR4-2933 XMP memory, and you can expand that up to 64GB if you wish. 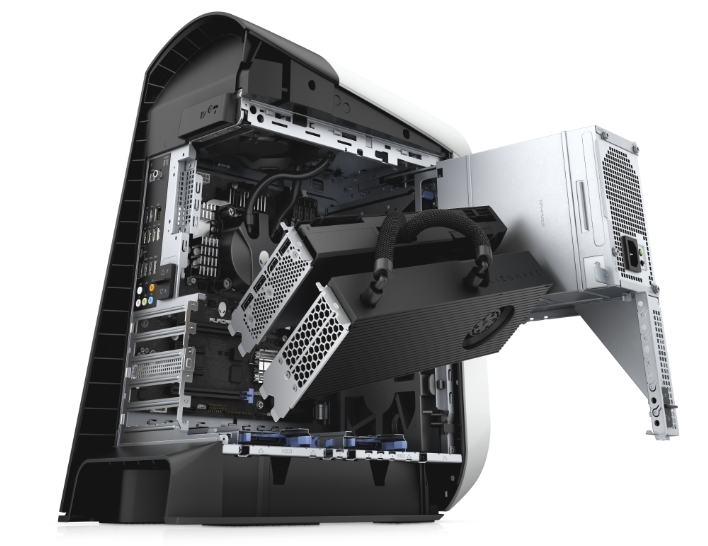 When it comes to storage, SATA and PCIe NVMe SSD options are available ranging in size from 256GB to 2TB. There is also optional Optane Memory support along with dual storage (SSD + HDD) configurations available.

The Aurora is available right now priced from $1,129. However, configurations priced as low as $879 will be available starting May 28th.