Alexa Tells Yo Mamma Jokes And Other Funny Stuff If You Ask, Here's A Sample 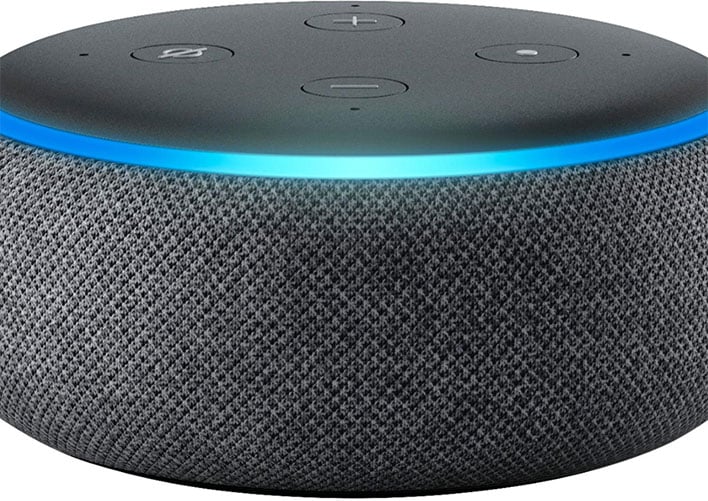 It is often said that laughter is the best medicine, though unless you actually need medicine, please don't skip your pills in favor of a standup comedy routine on Netflix. That said, if you are in need of a pick-me-up, Alexa may be able to provide it. The smarty-pants digital assistant will even tell a "yo mama" joke on command.
Digital assistants are everywhere these days, and with Amazon shoveling out Alexa-enabled hardware often at discounted pricing, you might already own an Echo Dot or Echo smart speaker, or some other device with Alexa inside. If you do, try telling Alexa, "Alexa, tell me a 'yo mama' joke" and see what it replies. (I tried this with Siri, who incredulously replied, "Excuse me?").

This is one of the charms of digital assistants in general—the developers have programmed in funny answers to questions and other bits to give these AI routines a more human feel. We are not at the point where digital assistants are indiscernible from actual humans, of course, but maybe we will get there one day.
In the meantime, the folks at CNET put together a long list of commands that bring out Alexa's programmed personality. Here are some of them...
I've starred the ones that will also elicit a unique response from Siri. When asked about the chicken crossing the road, for example, Siri taps into its inner Einstein in one of its responses. But as for the non-starred entries, Siri is stumped, unlike Alexa, which provides some interesting responses.
You can also have Alexa hit you with knowledge in fun ways. Try asking, "Alexa, can you give me a random fact?" or "Alexa, what are some interesting sports facts?" Neither of those queries or will get you a witty reply from Siri, which directs you to the web instead. Of course, there are custom questions you could ask Siri that might stump Alexa, so this works both ways.
Hit the link in the Via field below for a bunch of other fun commands you can bark at Alexa.