The remastered version includes the original game as well as the expansions Special One: The Signal and Special Two: The Writer. There is not an exact release date yet, but we would imagine it will be available before the holiday season. Sam Lake, Remedy Entertainment’s Creative Director, noted that the original game has not changed much. Fans will mostly notice a difference in the game’s visual effects. Lake remarked, “But the visuals all around, including the character model of Alan Wake himself and the cinematics, have been updated and improved with some choice next-generation upgrades.” Epic Games noted specifically that the game will feature “all-new rendered 4K visuals.” 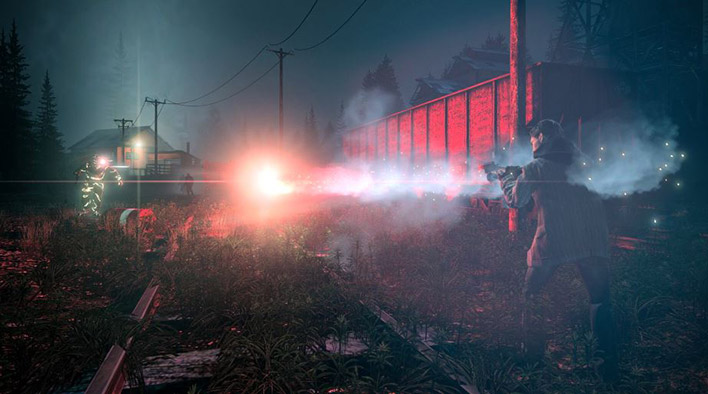 Alan Wake is an action-adventure game and psychological thriller that was developed by Remedy Entertainment and published by Microsoft Studios in May 2010. It was initially only released on the Xbox 360 and was available on the PC two years later. The remastered version will be the first time the game can be played on a Playstation console.

The game was well-received by both critics and casual players alike. It was nominated for and won several awards in 2010. The game has since attracted a bit of a cult following and Remedy Entertainment has gone on to develop other well-loved games such as Quantum Break and Control.

Many believe that Remedy Entertainment may also be working on a sequel. Epic Games noted last year that they were collaborating with Remedy Entertainment on a “AAA multi-platform production” and another small project that was within the same “universe.” It is unclear if the remastered version of Alan Wake is that smaller project and that another Alan Wake game is the larger one. Nothing is official, but fans are hopeful that a sequel will soon follow.