Pricing for DRAM and NAND flash memory products have proven to be fickle over the years, as the memory chip market is a volatile one. It sometimes seems like even changes in the wind can affect pricing. Or more recently, the Coronavirus that is wreaking havoc is also affecting the memory market. That said, Adata chairman Simon Chen is confident that both consumer demand and pricing on memory products will pick back up once the virus is contained.
It's not clear to what extent the Coronavirus is impacting the memory industry specifically. In other markets, it is taking a toll. In both Shanghai and Hong Kong, Disney closed its amusement parks to help stop the virus from spreading, which some estimates peg as costing the company $175 million in operating income in the current quarter.
Likewise, Nike has closed around half of its stores in China for the same reason, while its remaining stores are operating on shortened hours, according to MarketWatch.

Sales of memory products in physical store locations are taking a hit amid the Coronavirus scare. However, Chen is optimistic of a turnaround. In addition to the virus hopefully being contained, online shopping is helping to stop the bleeding.
According to Digitimes, NAND flash memory pricing has risen around 30-40 percent since the fourth quarter of 2019. However, DRAM and NAND flash spot pricing has not changed a whole lot. It is sort of a mixed message the outlet is sending. And a quick glance on Amazon shows that pricing has remained fairly steady. 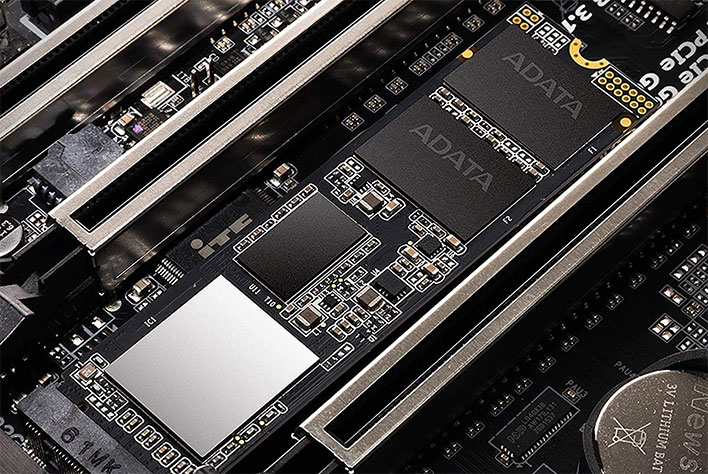 For example, take this 1TB Adata XPG NVMe SSD. It's currently available on Amazon for $134.99 after applying a $15 off coupon code. Looking at the price history over the past three months, it's bounced between $144.99 and $149.99.
It's hard to predict where pricing will actually go over the course of the year. China extended the Lunar New Year holidays to last until February 2 to help contain the virus, and apparently memory makers will see shipment delays as a result (whereas previously they expected to enjoy an uptick in orders).
Incidentally, Adata saw its monthly SSD revenue more than double at the end of 2019—it accounts for nearly a third of the memory maker's total revenue. The company appears to be in good shape, particularly as datacenters look to restock inventory, and as PC users continue to make the switch from HDDs to SSDs. In addition 5G smartphone sales could drive up demand for memory chips as well.