If you own an Acer laptop powered by a GeForce RTX 30 series GPU, we have good news to share. A free performance boost is potentially coming your way. It depends on which specific model you own, but by way of a whole bunch of firmware updates, Acer is bumping up the total graphics power (TGP) threshold by as much as 30W.
When it comes to gaming laptops, the GPU is the most important component. In most cases, it is also not a part that can be upgraded, so it is sound advice to go with the most powerful GPU you can afford, since you are stuck with it for the life of the laptop (barring an external graphics enclosure). Components like the RAM and storage can be upgraded or replaced in a lot of models, though generally not the GPU or CPU.
As for NVIDIA's mobile GeForce RTX 30 series, there are now five main SKUs, those being the GeForce RTX 3080, GeForce RTX 3070, GeForce RTX 3060, GeForce RTX 3050 Ti, and GeForce RTX 3050. However, performance can and does vary within each tier, depending on how the OEM has the GPU configured to run, resulting in a dizzying array of GPU configs.

The range of TGPs afforded to OEMs will dictate the clockspeed and, depending on cooling, it can also affect how long a boost clock can be maintained. And in the case of the GeForce RTX 3080, OEMs can opt for one of two versions—one with 16GB of GDDR6 memory or one with 8GB of GDDR6 memory. So, it is more important than ever to do your research when buying a laptop, to know exactly what you are getting.
That said, Acer may have played things a bit conservatively when configuring its Nitro 5, Predator Helios 500, Predator Triton 300, and Predator Triton 300 SE gaming laptops. We say this because Acer has begun rolling out firmware updates for nearly three dozen configurations, to crank up the TGP by 5W, 10W, 15W, or 30W, depending on the system.
"Our claim to gaming hardware is to offer a balance between the best possible CPU and GPU performance, volume and durability. Accordingly, we are pleased to be able to offer both interested buyers and many of our existing customers improved graphics performance with the BIOS update," Acer said in a statement. 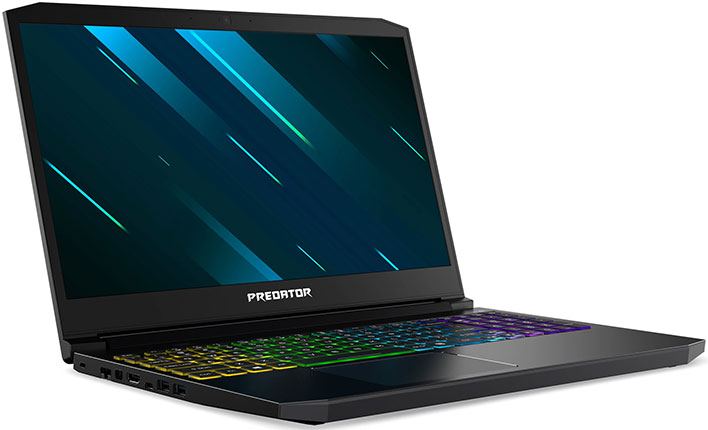