In 2019, popular retro-style controller manufacturer 8BitDo released the SN30 Pro+, a fully customizable controller with a host of settings and features. Now, the company is taking things up a notch with the new 8BitDo Pro 2. This new controller should allow users to "play like a pro with 8BitDo's most advanced controller ever" at a fraction of the cost of competing options.

Supposedly, the Pro 2 is an evolution of the Pro+ in every way, and while it does not necessarily look that way, we will take 8BitDo's word for it. As we hinted at, the exterior design appears largely the same, with the only major noticeable difference being that there is now a grippy texture on the back of the controller. 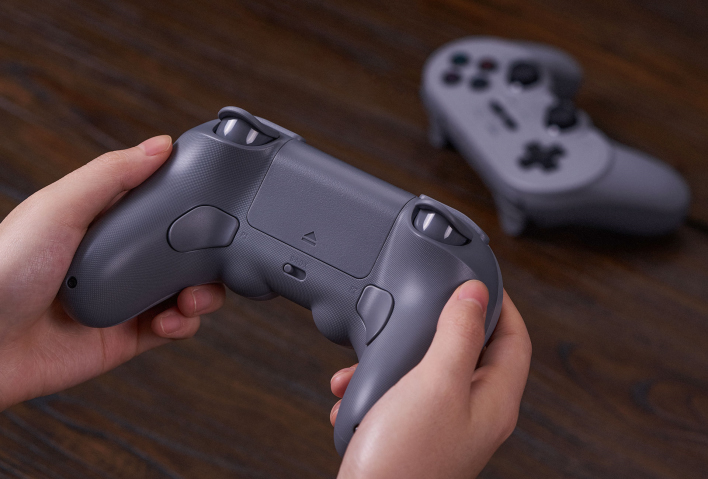 Another new feature is two back buttons where your ring and middle fingers rest so users have more control. They can also be assigned to any other function or macro with the popular 8BitDo Ultimate software now on the Apple App Store, Google Play, or PC. You can see what this experience looks like below in 8BitDo's video posted today.
Alongside the macros and custom functions is a profile toggle that allows people to swap between three custom profiles on the fly. Furthermore, on the rear, another switch allows users to "instantly switch between Switch, Android, D-input and X-input" to pair to any device imaginable. It is purportedly compatible with Windows, macOS, Android, Steam, Switch, and Raspberry Pi devices. If you want to use it on a console, you will have to pick up a USB adapter for an additional $20, which people can then plug into a PS5, PS4, Xbox One S or X, and perhaps the new Series X and Series S. 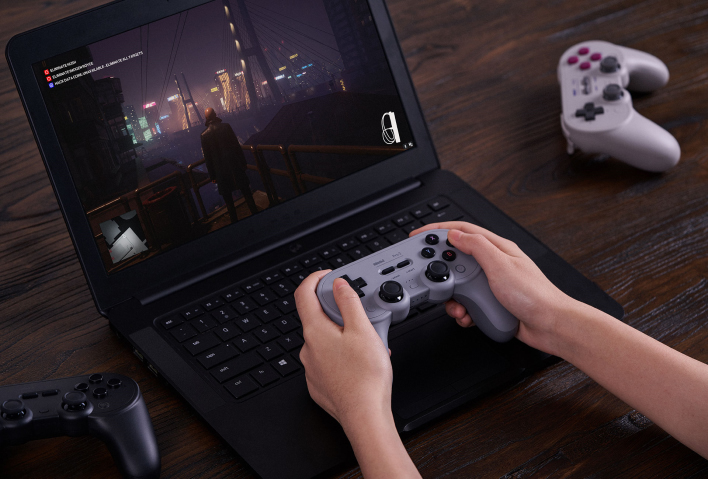 Overall, this controller sounds pretty sweet, and with 20hrs of rechargeable battery life, you will be gaming all day long. Impressively, it comes in under the competitors at just $50. If you want to pick it up, you can preorder on Amazon today in black, gray, or classic beige and purple, and wait for its release on April 12th.