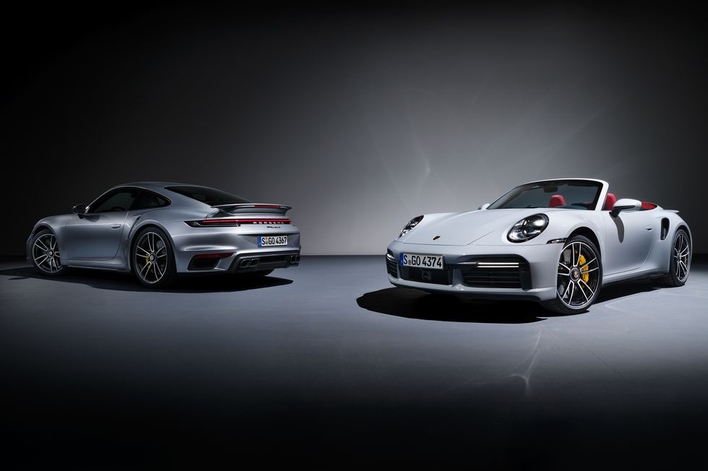 A few weeks ago, we brought you leaked information regarding the 992 generation of the Porsche 911 Turbo S. Along with a general sense of how much horsepower the all-wheel-drive monster would put out, we also learned about its 8-speed Porsche Doppelkupplung (PDK) dual-clutch transmission and saw some images of it in the flesh.

Today, Porsche is going official with its latest flagship, and it's an absolutely delicious hunk of metal, glass, and carbon fiber. We were previously led to be believe that the new 3.8-liter twin-turbocharged flat-6 would put out in excess of 600 horsepower. Well, that figure is actually 640 horsepower -- 60 more ponies than its predecessor. Torque figures for this devious mill are rated at a stump-pulling 590 lb-ft -- up 37 lb-ft from the previous generation. 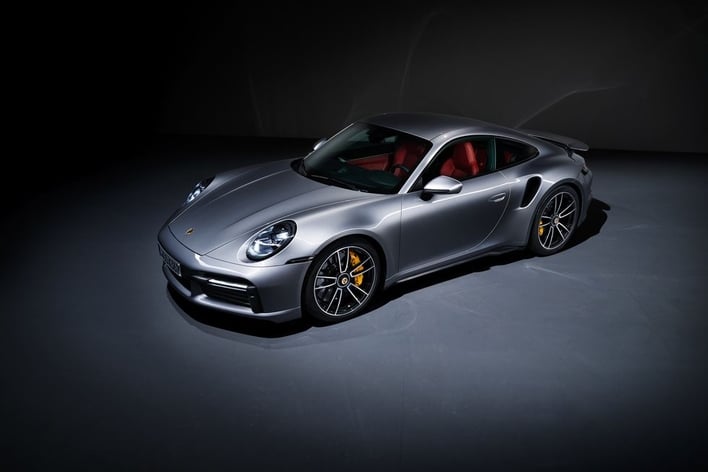 Put it all together and we're looking at a road rocket that can launch from a standstill to 60 mph in just 2.6 seconds and cross the 1/4-mile mark in 10.5 seconds. Top speed is listed at 205 mph, which is the same as the 991 911 Turbo S. Needless to say, these are stupefying numbers and could easily get you thrown in jail if you tried to harness that power on city streets (or highways). 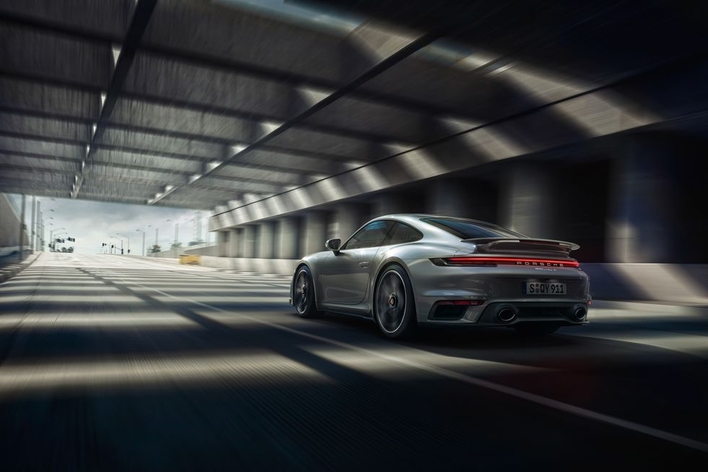 As we previously mentioned, power from the rear-mounted engine is sent through an 8-speed PDK transmission to all four wheels (20-inch up front, 21-inch in the back). There are also plenty of standard performance goodies thrown in for good measure, including Porsche Dynamic Chassis Control, ceramic composite brakes, and rear-axle steering to improve high-speed stability. There are also some new options: Porsche Active Suspension Management, which will lower the vehicle's ride height by 0.4 inches, and a sport exhaust (although we think that the latter should be standard on this performance machine). 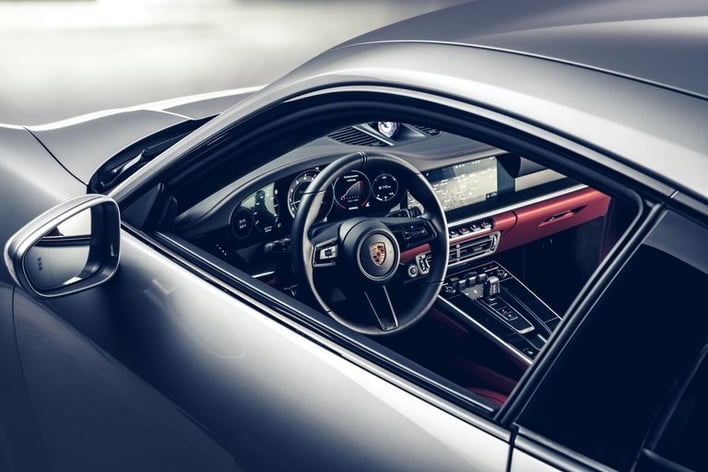 Given that the "base" Porsche 911 starts at around the $100,000 mark, you won't be surprised to learn that the 911 Turbo S is much, much more expensive. It starts at $204,850, and opting for the Cabriolet (convertible) model will set you back at least $217,650.  According to Porsche, both 911 Turbo S models will be available in the United States later this year.