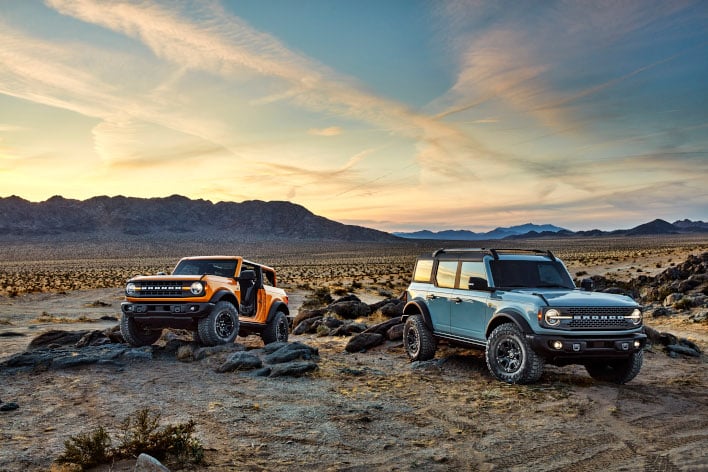 After years of teases, spy shots, and internal factory images that have leaked to the press, the 2021 Ford Bronco has finally been revealed. And that means that the Jeep Wrangler, which has pretty much gone unopposed for decades, is finally get a true, apples-to-apples competitor in the mainstream rugged, go-anywhere off-roading segment.

First let's get the looks out the way. This thing looks badass, taking some clear inspiration from the first-generation Bronco up front. The grille is dominated by a bold BRONCO lettering, which is flanked by round LED headlights. Moving around to the sides, we can see a horizontal character lines starting from the top of the headlights and moving rearward to the top of the taillights, and a second character line near the bottom of the doors. 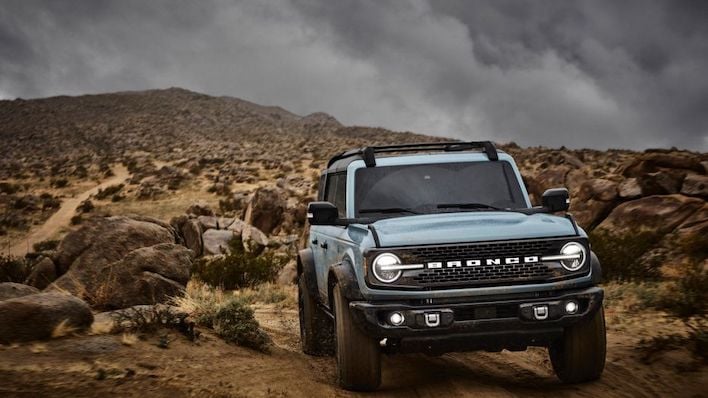 Rather wide plastic fender flares bring some added heft to the design (they can accept factory 35-inch tires), while with the roof off, you can see the integrated roll cage (which should be familiar to anyone who has spent time looking at Wranglers over the decades). And like its counterpart from Jeep, the new Bronco can be had with a canvas or hardtop; and all of the passenger doors are removable. Speaking of doors, the new Bronco is available in both 2- and 4-door configurations... just like the Wrangler. Ford says that it's only expecting about 5 percent of buyers to go for the 2-door, however. At least they're giving customers the choice. 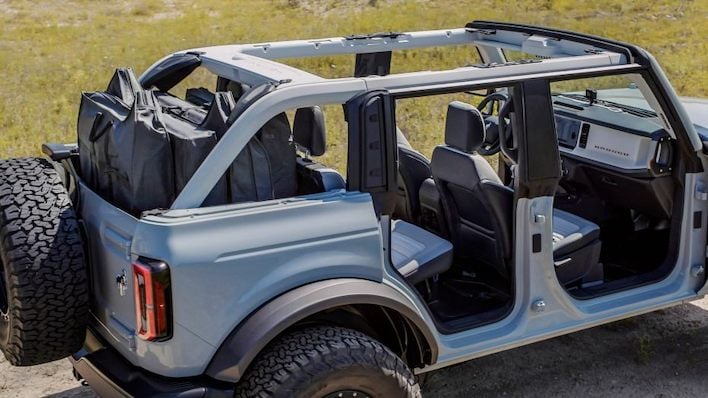 Moving on to the inside, the dashboard is relatively straightforward and spartan, save for the massive central touchscreen display that is home to Ford's SYNC 4 infotainment system. Directly below the display, you find the exact same radio and climate control buttons that are in the 2021 F-150 (hey, Ford has got to save money somewhere). 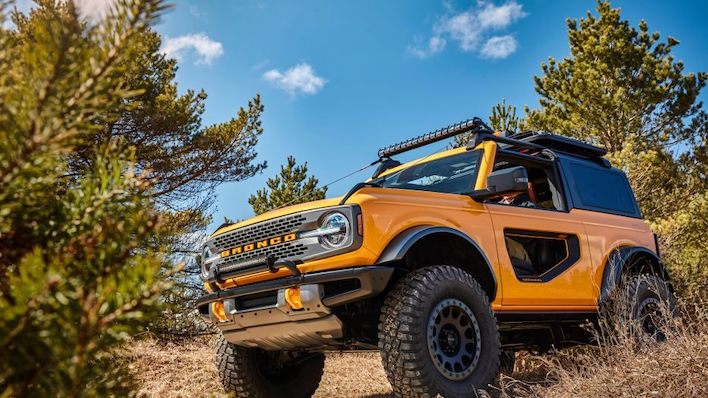 An all-new truck chassis is used on the Bronco, which will probably provide the basis for the next-generation mid-size Ranger pickup truck. Unlike the Wrangler, however, the Bronco has an independent front suspension instead of a solid axle (there remains a solid rear axle in the back). Regardless, Ford is claiming a best in class 11.6 inches of ground clearance, 29-degree breakover, 37.2-degree departure, and the ability to muck it out in 33-inch of water. 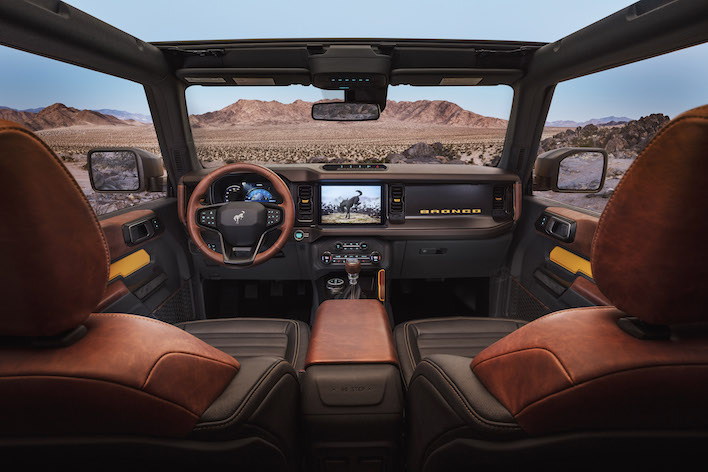 A 2.3-liter EcoBoost four-cylinder engine is standard, and comes with 270 horsepower and 310 lb-ft of torque. The familiar 2.7 liter-twin turbo EcoBoost V6 is optional with 310 horsepower and 400 lb-ft of torque. Both of those figures far surpass what's available with the four-cylinder and V6 versions of the Wrangler. A 7-speed manual (1 is a crawler gear, so it's really 6+1) is available only on the 2.3-liter EcoBoost. All other trims get a 10-speed automatic transmission shared with the F-150. 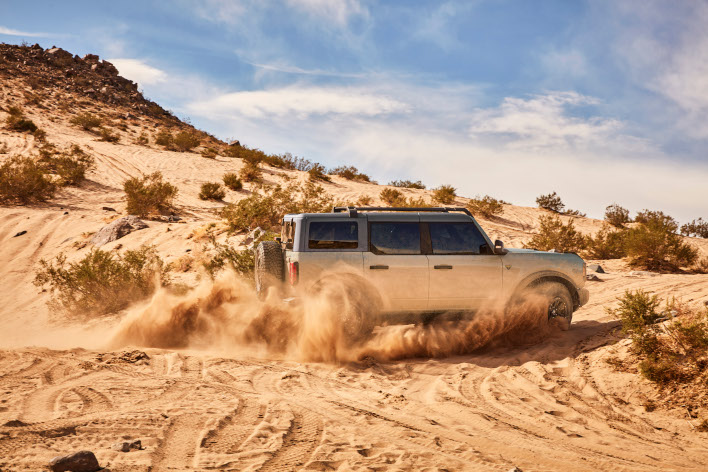 “We created the Bronco family to elevate every aspect of off-road adventure and equipped them with class-leading chassis hardware and exclusive technologies to raise the bar in the rugged 4x4 segment and take people further into the wild,” said Jim Farley, Ford chief operating officer. “They’re built with the toughness of an F-Series truck and performance spirit of Mustang – and come wrapped in one of the most stunning and functional off-road designs that’s true to the original Bronco design DNA.” 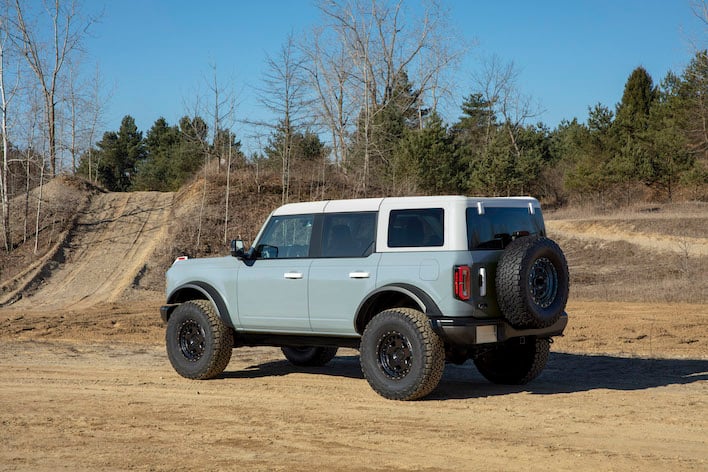