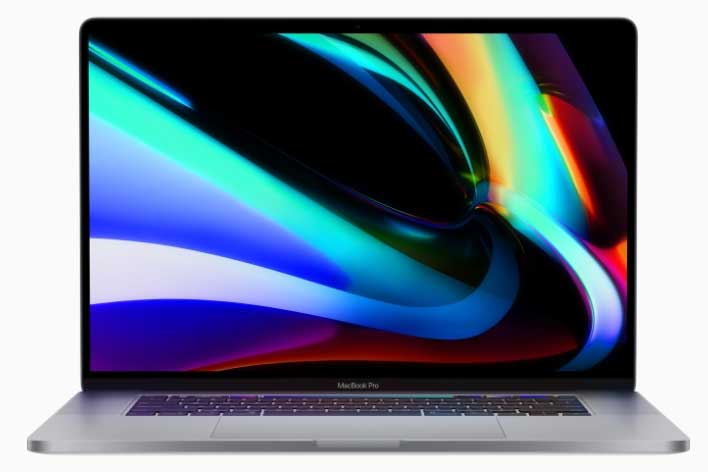 There is often a risk with being an early adopter of anything, be it a new car model or a new laptop. Apple's latest notebook is the new 16-inch MacBook Pro, and early adopters of that machine are complaining about a couple of annoying issues. One of the issues is speakers that make popping sounds, and the other is display ghosting.

Apple is apparently aware of the speaker popping issue according to reports. The intermittent popping sound coming from the speakers of the MacBook Pro is said to be noticeable after audio playback has stopped. The popping sound also reportedly occurs when the audio peaks too high or when the speakers are switched on and off. Some owners of the new Mac say that they have been told by Apple customer support that it working on a fix.

Another issue that has surfaced is slow response time from the 16-inch MacBook Pro wide-color display. This slow response results in a ghosting effect when scrolling text. Some users say they are unfazed by the ghosting issue, but to have any screen issue on a new notebook that costs well over $2,000 is definitely unwelcome.

The 16-inch machine was the first of the MacBooks in a few years to swap from the trouble-prone butterfly keyboards back to the tried and true scissor mechanisms. As a result, many people who had been using older 2014 or 2015 MacBook finally upgraded. The speaker and screen issues are certainly not what these users had wished for, and the hope is that a software or firmware update might fix the popping issue. The screen issue that some are having, however, may be the harder fix.