As we inch our way closer to the much-anticipated launch of Intel’s Alder Lake processors, hopefully by year’s end, we are hearing more and more about the next-generation CPU. Back in February, a 16-core 24-thread Alder Lake CPU hit GeekBench with some competitive numbers. Now, it seems another CPU variant in the family has made its way to that same benchmarking platform.

On Friday, an Intel 0000 CPU identified as “GenuineIntel Family 6 Model 154 Stepping 0” made several appearances in GeekBench’s results browser. What we know now as Intel’s “Alder Lake Client Platform,” came with a healthy 14-core and 20-thread configuration but a seemingly incorrect or simply low base clock frequency of 1.40Ghz and a most certainly incorrect maximum of 27.1GHz. Ignoring the misreported specs, the highest single-core score of 1298 and multi-core score of 9040 puts this CPU in the ballpark of AMD’s higher-end Ryzen 5000 CPUs, but it's still a mixed, somewhat odd showing. 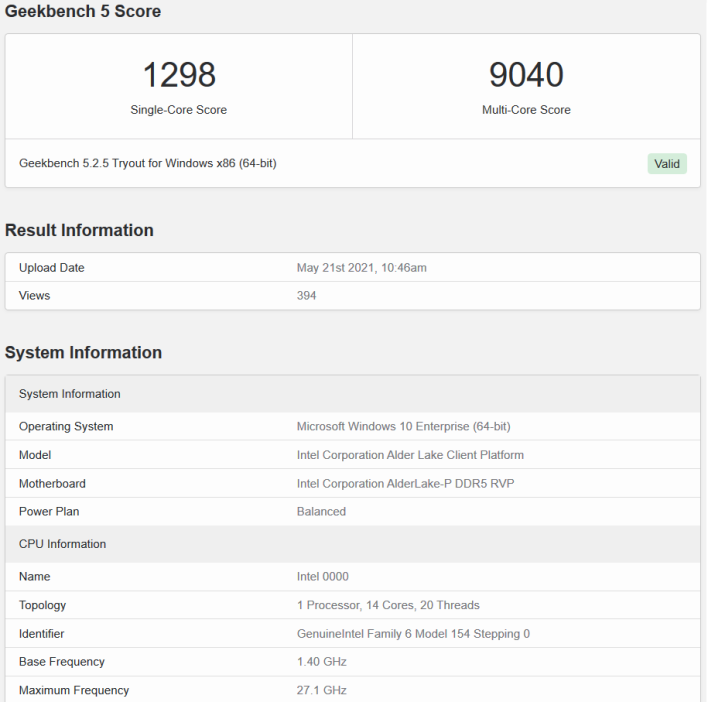 This CPU also made another appearance yesterday with the same specifications but a slightly lower score of 1029 for single-core and 7056 for multi-core, which compare more closely to AMD’s Ryzen 5 5600X. It was also interesting to see that someone testing with this prototype Intel platform is testing with a whopping 64GB of DDR5 RAM (63.77GB to be exact) across all of its runs. Perhaps this is just to keep things consistent as Intel is in the earlier stages of testing with the engineering samples. 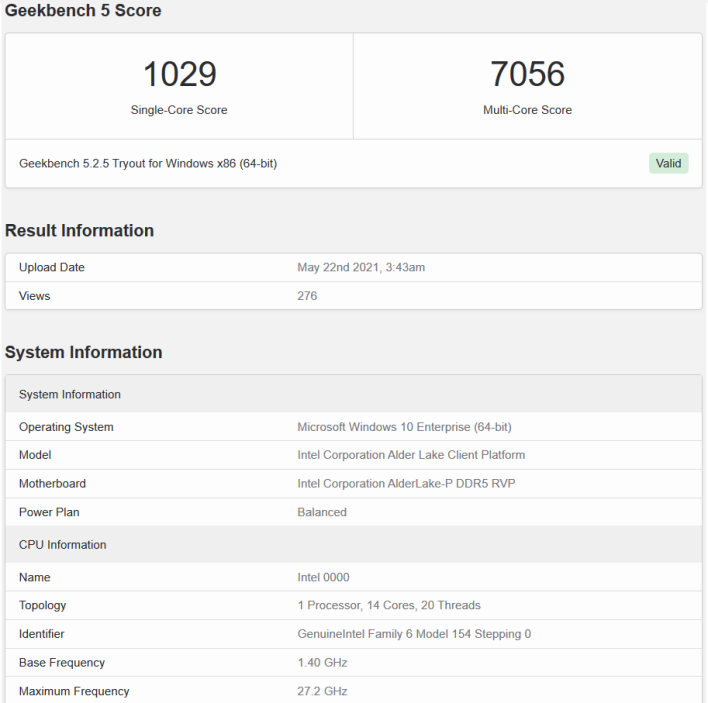 Hopefully, Intel can tighten up its Alder Lake benchmark numbers as we get closer to launch. Perhaps we will start to hear more solid information about the family of new CPUs overall as well. With what we know right now, including DDR5 and PCIe 5.0 support, it should be an exciting year for processor platforms no matter what, so stay tuned to HotHardware for updates.