Are you ever sitting at your Nintendo 64 thinking, "I wish this game were wide-screen and higher fidelity"? Well, today is your lucky day, as The Ship of Harkinian has been released! Named after King Harkinian, a character not mentioned in the original Legend Of Zelda games, the open-source project allows fans of the original The Legend Of Zelda: Ocarina Of Time to convert the popular game to a higher resolution PC-playable format.

Of course, there are limits to access. After all, you're only allowed to have game ROMs if you own a copy of the associated game in a physical format, as these are considered backups. So the team has provided the tools to allow people to convert their ROMs to be playable with a pretty awesome feature set. 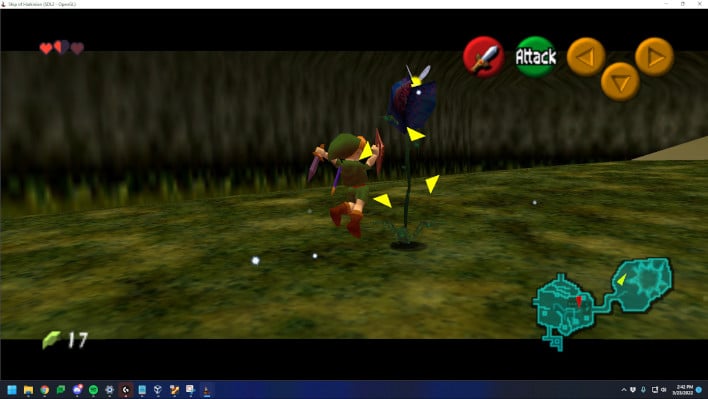 Currently, only the Windows PC platform is supported, but as this is an open-source project, Linux and Mac likely won't be far behind. The planned features otherwise are intended to be as follows.
That last bullet seems pretty intriguing, perhaps implying the ability to play Ocarina of Time in Co-op mode somehow? Could that mean the owl outside Kakariko Village can be accidentally talked to twice as fast? Joking aside, getting the software running is a bit of a chore. It requires a conversion of your Ocarina of Time backup to be converted to a decompiled debugging version of the ROM before being converted, yet again, to a format that this software understands. That hasn't stopped some plugin and mod writers from making their modifications though. 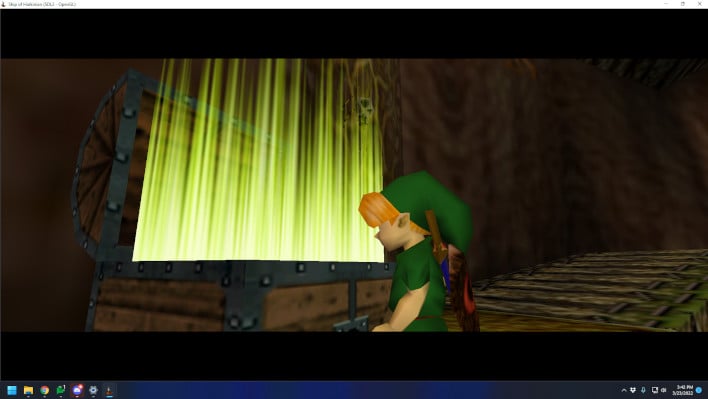 One user in the project's Discord has posted a photo of the game running on their ultra-wide screen. Another shows what they call an "Uncanny Valley Hylian Shield," which is a high-resolution retexture of the Hylian Shield that's already in the game. While others have opted for simpler pleasures, like changing out text or loading screens. There are also plenty of YouTube videos showcasing other crazy things, like the R-Wing from Starfox spawning around in Kakariko Village.

The project makes use of code from the Zelda Reverse Engineering Team, making the game playable on PC, and playable it is. It runs surprisingly smooth when you get it to work. "Get it to work" does have a keyword in that statement too, "work." It is a bit of a chore, but this all still stems from the fact that ROMs have always sat in somewhat of a gray area when it comes to piracy issues.

While distributing ROMs is technically illegal, having backup copies of games you own is not, at least in the US. This all stems from laws put in place by the Digital Millenium Copyright Act, also known as DMCA (1998). Still, if you want to put in the time and effort, you can find all the information you need on how to either compile the project for yourself or possibly get the software via their GitHub page. But we still have to hope, given Nintendo's track record, that it won't get shut down.