Just over 14 years ago, the first expansion to World of Warcraft released, and sold millions of copies in short order (almost 2.4 million on the very first day). Now it appears to be getting another release. For a brief time, assets pertaining to World of Warcraft: Burning Crusade Classic appeared on Blizzard's website, including what appears to be a partial PR announcement.
Those files have been removed, though not before the key info made its way to Reddit, ahead of a reveal that is likely to take place during this year's BlizzCon event (which runs from Friday, February 19 to Saturday, February 20). So, what exactly does this leak tell us about WoW: Burning Crusade Classic? For one, it's planned for release this year.
"Originally released in January 2007, The Burning Crusade summoned the heroes of Azeroth to the shattered and Felscarred realm of Outland to stop and invasion of the demonic Burning Legion. In 2021, Blizzard Entertainment's recreation of the first World of Warcraft expansion will give players from around thew world a chance to return to Outland as it once was to relive an ear of timeless adventure—or experience what awaits beyond the Dark Portal for the first time," the leaked PR document states.
The document also says that prior to Burning Crusade Classic's release, WoW Classic players will have the option to advance each of their characters to the Burning Crusade era with the rest of their realm, or continue playing original WoW Classic content on new Classic Era servers. 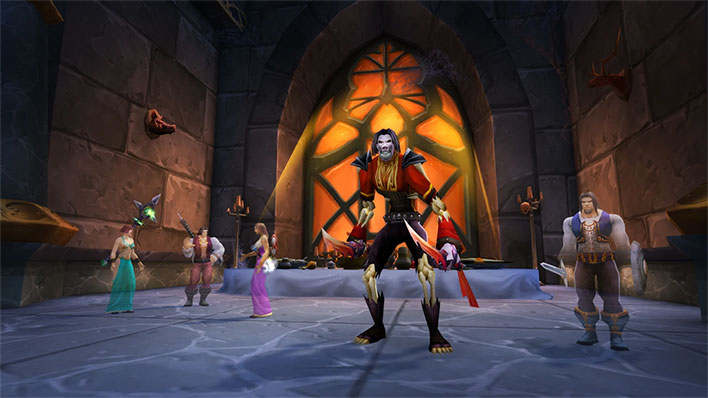 Serving as further good news, WoW subscribers will be able to also play Burning Crusade Classic at no additional cost, so players can "enjoy multiple eras of Azeroth at their own pace."
Other highlights include...
That is the gist of it so far. We have little doubt more information will be revealed this weekend. In the meantime, now would be a good time to revisit (or visit for the first time) a picture gallery of on a retired World of Warcraft server I obtained almost a decade ago.