Researchers at the University of Cambridge have developed a breakthrough wireless prototype which they say could usher in a new wave of devices that are capable of producing clean energy. What the device is capable of achieving seems like something out of science fiction and almost too good to be true, but the study author Dr. Qian Wang of Cambridge’s Department of Science says that their device is indeed the real deal.

Put simply, the device in effect is able to achieve artificial photosynthesis, mimicking the mechanism that plants use to convert sunlight into usable energy. But in this case, a wireless photocatalyst sheet made of semiconductor powders is able to convert sunlight, water, and carbon dioxide into clean fuel without any outside electricity. The device is able to produce oxygen along with formic acid, which is then accumulated in a solution and chemically converted for use as other types of fuel. 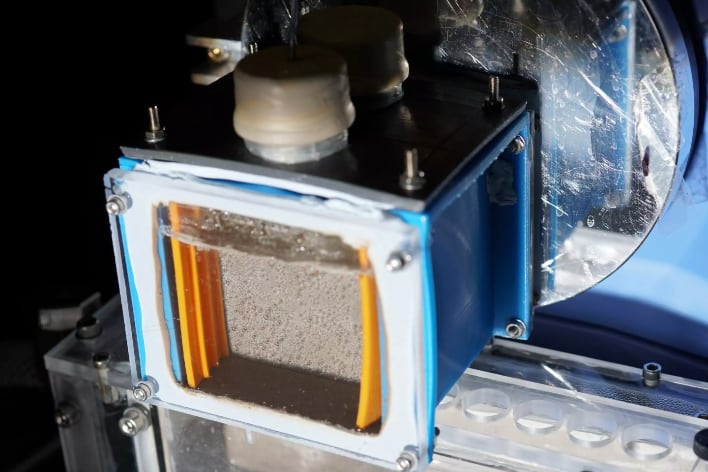 "It's been difficult to achieve artificial photosynthesis with a high degree of selectivity, so that you're converting as much of the sunlight as possible into the fuel you want, rather than be left with a lot of waste," said Dr. Wang. "We hope this technology will pave the way toward sustainable and practical solar fuel production," added research lead Professor Erwin Reisner.

The current device only measures about 20 square centimeters in size, and the researchers are confident that they can scale the technology up with production devices that are instead measured in square meters. The devices could eventually be looped together combining their energy-generating abilities much in the same way that current solar farms house hundreds or even thousands of solar panels to produce an immense amount of energy.

It will be interesting to see where the team goes from here, but their early work looks promising for many that are looking towards sustainable fuel to rid ourselves of fossil fuels.

You can read the researchers’ work in the Nature Energy journal.