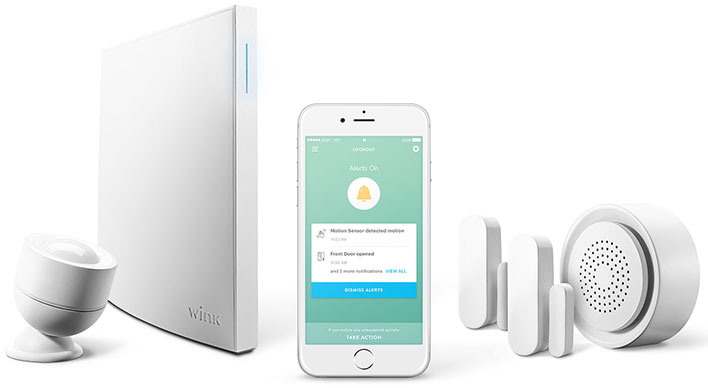 Wink its telling its customers they have an important choice to make: start paying a $4.99 monthly subscription fee or lose access to critical features for products they already purchased. Customers have just one week to make a decision, as the subscription (and features cut-off) goes into effect starting May 13, 2020.
This decision is not sitting well with Wink's customers, as one might expect. Angry Wink device owners have taken to social media and web forums to accuse the company of extortion and IoT ransom, while pointing out that the timing of the announcement makes the situation even more egregious. Incidentally, timing played a role in Wink's decision to start charging a monthly fee.
"Wink has taken many steps in an effort to keep your Hub’s blue light on, however, long term costs and recent economic events have caused additional strain on our business. Unlike companies that sell user data to offset costs associated with offering free services, we do not. Data privacy is one of Wink’s core values, and we believe that user data should never be sold for marketing or any purpose," Wink stated in a blog post.

Some people might call that a valiant attempt to spin a negative into a positive, but customers are not buying the argument. As one user pointed out on Twitter, the new subscription model does not provide any additional benefits, it simply allows customers to retain existing functionality for products they already paid for. Furthermore, the promise of "no monthly fees or subscriptions" was one of Wink's original selling points.

"Should you choose not to sign up for a subscription you will no longer be able to access your Wink devices from the app, with voice control or through the API, and your automations will be disabled on May 13. Your device connections, settings and automations can be reactivated if you decide to subscribe at a later date," Wink said.
Wink sells a variety of smart products, including hubs that work with third-party smart devices. The company says it has grown to support more than 4 million connected gadgets since 2014, and has relied solely on hardware sales to pay the bills, including recurring cloud costs, development, and customer support.
Apparently hardware sales have not been sufficient. Pile on the Coronavirus pandemic and Wink finds itself in a financial pickle. It's not clear what other alternatives it may have considered, only that the one it's running with amounts to sour grapes for its customers.