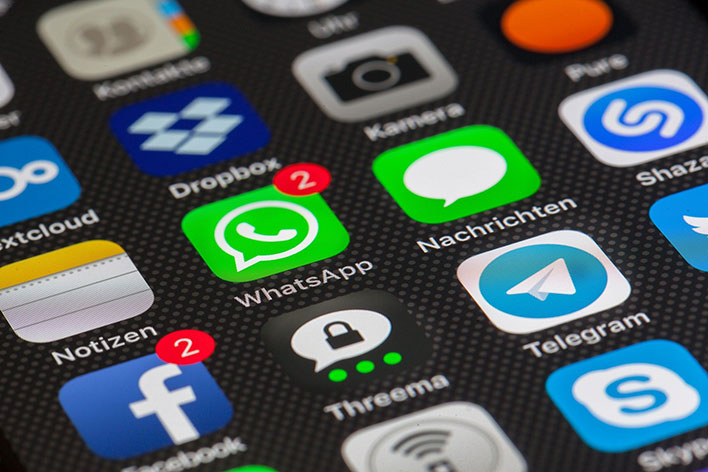 It is not always to easy to discern bogus news stories from legitimate ones, partly because this is a crazy world we live in. Regardless of the reason, the advent of 'fake news' presents a problem for social media sites and other service. Helping to do its part, WhatsApp recently imposed a limit on message forwards and is seeing big results.
WhatsApp introduced the added restrictions in the first week of April. It is part of an ongoing effort to curb the potential spread of misinformation. It started with WhatsApp adding double arrows to messages that had been forwarded many times, a measure it put in place in 2018. It followed this up limiting users from forwarding a message to more than five users at the same time.
The way things stand, users can only send frequently forwarded messages to one user at a time. The effort is paying off—WhatsApp told TechCrunch that it has seen a 70 percent reduction in the spread of "highly forwarded" messages on the platform in the weeks since introducing the latest restriction.
"Is all forwarding bad? Certainly not. We know many users forward helpful information, as well as funny videos, memes, and reflections or prayers they find meaningful. In recent weeks, people have also used WhatsApp to organize public moments of support for frontline health workers. However, we’ve seen a significant increase in the amount of forwarding which users have told us can feel overwhelming and can contribute to the spread of misinformation," WhatsApp stated in a blog post.
In addition to fighting fake news—a battle Facebook is facing on multiple fronts—WhatsApp sees the restrictions on forwarded messages as a way to keep communications on the instant messaging service more personal in nature.
WhatsApp is home to 2 billion users around the globe, which is double the number it had in 2016, according to Oberlo. Some 1.6 billion people access the app on a monthly basis, with a whopping 65 billion messages getting sent from the app every day. To say it is a popular instant messaging service is an understatement.

Do you use WhatsApp? If you do, are you happy with the restrictions on forwarded messages? Sound off in the comments section below!