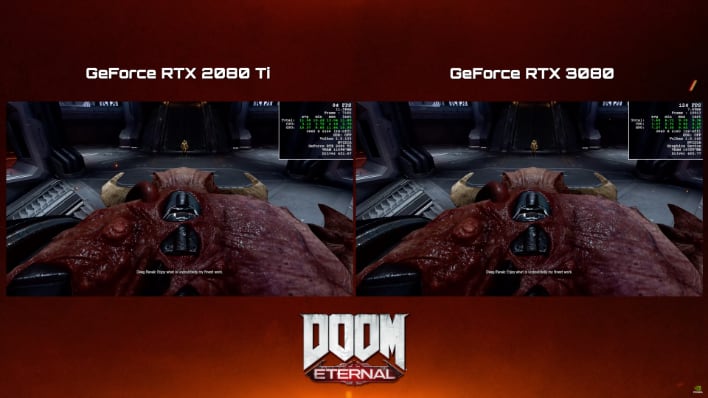 We already know that the GeForce RTX 3080 is going to be a performance monster, but just how good will it be in the real world? Well, NVIDIA is giving us a nice taste of what to expect with the first official gameplay footage of the GeForce RTX 3080 running Doom Eternal at 4K resolution.

And we should say; this isn’t 4K with just some of the trimmings – this is Doom Eternal running at 4K with the Ultra Nightmare preset. In other words, this is as good as Doom Eternal gets when it comes to image quality and fidelity, and the GeForce RTX 3080 simply slices through the game like a hot knife through butter.

We can see the GeForce RTX 3080 hovering around 120 to 160 fps in most scenes, with that tally never dropping below the 100 fps mark using the Ultra Nightmare preset. We even saw the figures climb to around 200 fps in some less frantic scenes. 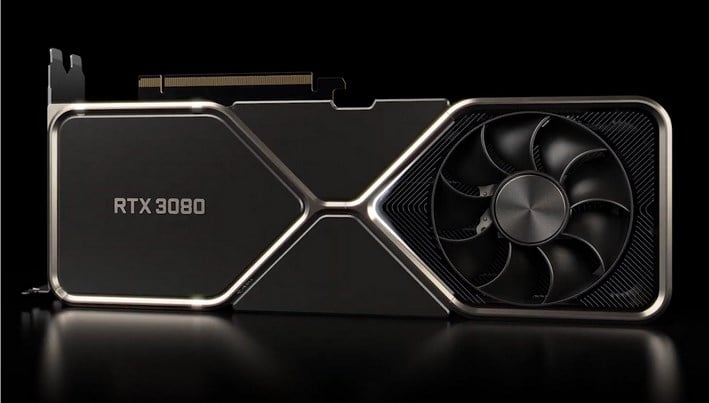 You can read more about the GeForce RTX 30 Series in our comprehensive overview article right here.